“Little Mo and Big Ben”: Two of San Diego’s Most Beloved Tennis Legends to be Honored 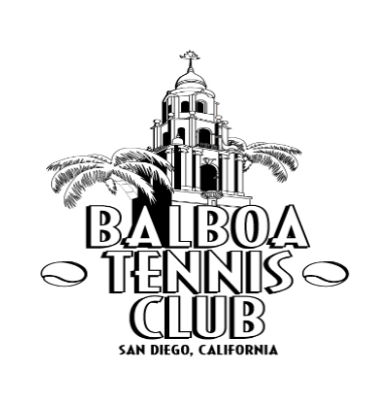 The Press Family Tennis Pavilion has been erected to honor the memory of Pauline and Charles Press who gave their son Ben the gift of tennis. Press family members and long-time friends from the tennis community generously donated funds to help realize Ben’s wish to thank his parents.

Artfully designed on a volunteer basis by Janene Christopher, a San Diego-based architect who also serves as president of the Balboa Tennis Club, the permanent wood-and-metal ornamental shade structure features small circular rays of light shining through the airy outlines of tennis balls.

In addition, a tribute featuring the Maureen Connolly Brinker Tribute Wall and Walkway, a permanent and spectacular six-foot concrete panel supported within a large wooden structure. This Tribute Wall and Walkway will feature a life-size photograph of “Little Mo” with her career and personal highlights listed to the immediate right of the photo within the panel. This sculpture tribute will be located directly adjacent to the Press Family Tennis Pavilion.

Throughout his playing and teaching career, Ben Press’ name was synonymous with tennis in San Diego County for nearly 75 years. He was widely admired for his many accomplishments as a ranked player, respected coach and esteemed chair umpire. Known fondly as “Big Ben,” the diminutive Press mentored numerous national and regional champions, and championed the game of tennis all his life. He died in 2017 at age 92.

Known as “Little Mo,” Maureen Connolly was born in San Diego and went on to win a total of nine Grand Slam singles titles in the early 1950s, including Wimbledon in 1952, 1953 and 1954. In 1953, at age 18, she became the first woman, and still the only American woman to date, to win all four Grand Slam tournaments during a calendar year. The following year, in July 1954, she seriously injured her right leg in a horseback riding accident that eventually ended her competitive tennis career when she was only 19. She died of cancer in 1969 at age 34.

The “Little Mo and Big Ben” dedication will begin with the presentation of colors by the Navy ROTC Color Guard and the playing of the National Anthem.

For inquiries regarding the event, please contact David Gill, president of the Greater San Diego City Tennis Council at: davidsearsgill@gmail.com or 619-807-9688.

COVID-19 Community Setting Outbreaks Continue to Be Confirmed in County

Marshall in a New Chapter of Your Life with Wyatt! Fun and handsome Wyatt came to the Coronado Animal Care Facility when he was found...
Read more