From Pig Farm to Paradise, The Cays Celebrates 50 Years! 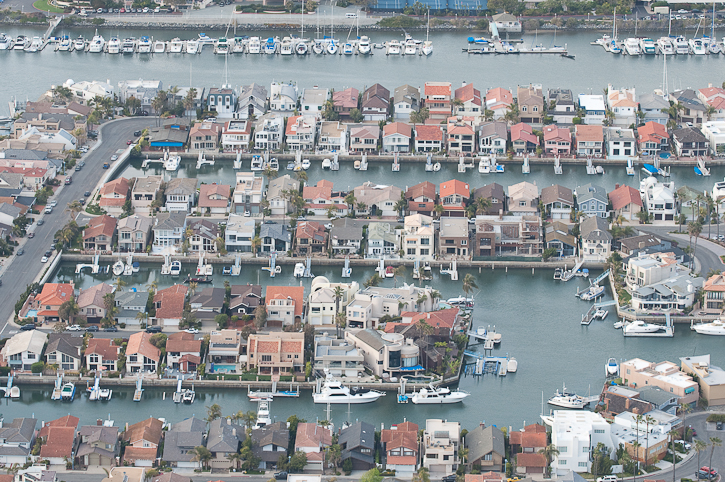 The Coronado Cays will be celebrating its 50th Anniversary with a grand party on September 28th, 2019. Cays residents, the Coronado Cays Homeowners Association (CCHOA), and the City of Coronado are working together to put on a celebration to mark the marina community’s jubilee. 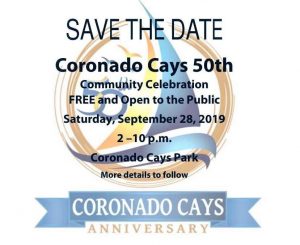 The City of Coronado is supporting the event with planning, funding, and permits. The City also worked to reschedule youth soccer games so the event can be held at the Cays Park. This location can accommodate more people, as well as vendors and activities which are free for the public.

“The City Council approved up to $20,000 in funding for many of the events but, like the 92118 Day Celebration, is working with the Cays HOA and a volunteer group of residents to seek out sponsors,” said Kelly Purvis, Senior Management Analyst with the City of Coronado. City staff from Recreation, Public Services, Fire and Police, and the City Manager’s office will be involved to ensure the event’s success.

Cays’ 50th celebration organizer and resident, Daron Case, grew up in the waterfront community and is a fierce advocate for the area. Case’s childhood photo shows how he and his friends built forts on Grand Caribe Isle back in 1980. “We would spend the night there and cook up breakfast on the beach… nobody had a problem with it,” Case longingly recalls. “The Cays don’t look much different now than they did then… the Cays is sort of like a time capsule…. hasn’t changed since it was fully built out in 1990,” Case added.

In fact, it was Case who first realized that the Cays would be celebrating the same milestone as the San Diego-Coronado Bridge since they both opened in 1969. After he posted about this on the Coronado Cays Life private Facebook Group, the idea for a celebration took off. Shortly after this, “the City reached out to CCHOA to mention they were interested in participating and hosting the event,” Case said.

The Cays opened on September 13, 1969, and was promoted as the “first residential marina in San Diego County.” As the popularity of the area grew, visitors and potential buyers toured the Cays on a double-decker bus. People also slept outside of the sales office to ensure “they could own a home on the bay in the gentle town of Coronado, at the Cays,” states the Coronado Cays 40th Anniversary commemorative book.

Kathie Kaiwi, CCHOA Executive Office Administrator, is also a long-time Cays resident. “I have lived in the Cays since 1970, Kaiwi said. “I was 7 when we moved into our home. The first one built in Green Turtle. The Cays was so new then. I remember all the construction sounds, and pile driving for the docks. I remember swimming in the bay and sailing, and riding my bicycle everywhere. There weren’t many kids living here then,” added Kaiwi.

The photo on the left shows Mr. Coleman shaking hands with Cedrick Sanders of Signal Landmark, Inc., at 24 The Point.

Many residents refer to the Cays as their private paradise; life is serene and quiet here. But the Cays’ origins were far from gentle. Before the Port dredged and filled the tidelands to create the Coronado Cays, this unique bay side living area was a pig farm and the city’s dump.

The Cays’ land changed hands several times until 1889 when John D. Spreckels owned 280 acres which stretched four miles south of the Hotel Del’s Tent City. Spreckels leased the land to Rudolph and Henry Riis in 1911. The Riis family ranch was known as “Hog Ranch” and operated until 1916 when a flood inundated the land. Riis sold it and moved to Nebraska in 1918.

“The City of Coronado purchased the property in 1948, 236 acres for $175,000, for use as a City landfill,” said Purvis. The Silver Strand area was annexed by ordinance at a City Council meeting on April 5, 1949, and rezoned for recreational and public use in 1954.

The Atlantic-Richfield Oil Company (ARCO) bought the land in 1967 for $4.2 million. In 1968, the land changed hands again to the Signal Oil Company who partnered with Cedric Sanders and formed Signal Landmark to develop the Coronado Cays.

Brunilda Zaragoza and her family have lived in the Cays for 41 years. “We moved to the Cays in 1978 and raised our three sons here,” said Zaragoza. “In those days, there were only two homes available for sale in the Cays, one in the village of Green Turtle and one in the village of Blue Anchor. We picked the one on Blue Anchor because it was right on the channel,” recalls Zaragoza. “We are still in the same house that we love and we call home.”

Daniel “Dany” Zaragoza remembers playing in the dirt before the Cays Park was built. “Port Royal, Spinnaker and Buccaneer had not been built and half of the Cays Park was still dirt. We had dirt bike courses in all these places and also played a lot on the land Loews is now on,” recalls Zaragoza. “We moved from house to house via the channels and parents never worried because we were always around.” Zaragoza is one of the owners of Attitude Brewing Company in Barrio Logan, which will be sponsoring beer for the event on the 28th.

Plans for the Cays 50th Anniversary celebration are moving along. Two bands, In Midlife Crisis and Side Traxx, will provide music for the festivities. A beer garden will feature Attitude Brewing Company, Bay Bridge Brewing, and VOM FASS (wine vendor). Blue Bridge Hospitality and Calypso Cafe will be cooking up familiar fare, and kids’ activities will be provided by Julie’s Party People.

The September 28th celebration will start at 2 pm and go until 10 pm after the Movie in the Park ends. Vendor spaces are still available and organizers welcome sponsors for the event. Contact Daron Case at (619) 575-2297 or daroncase@aol.com for more information.