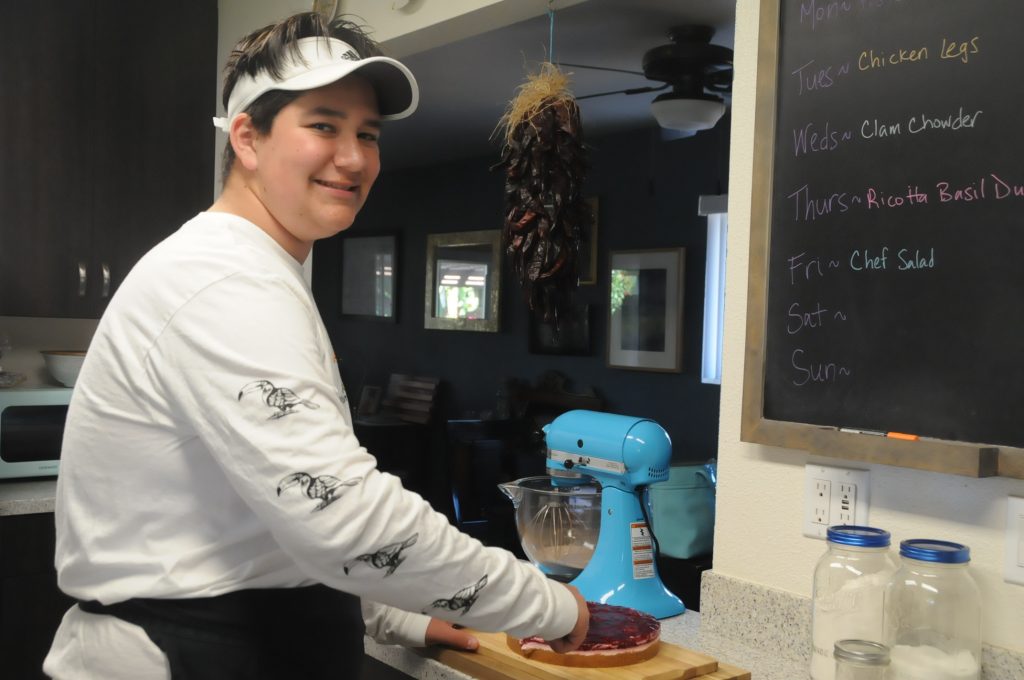 His great grandma’s recipe box is one of the secret weapons in Ty Vasquez’s baking/culinary enterprise Bayside Bakery. Starting out at just 11 years old as Ty the Neighborhood Kid, he re-branded his business last year and asked his Facebook followers, 576 and counting, for name suggestions, offering a free pie as a prize for the winning name. Bayside Bakery was chosen for his booming business. His culinary career started when he began making chocolate chip cookies with his grandma Sarah. He began his business by putting flyers on neighborhood mailboxes and now he uses social media to get the word out and clients’ rave reviews always help get new customers. 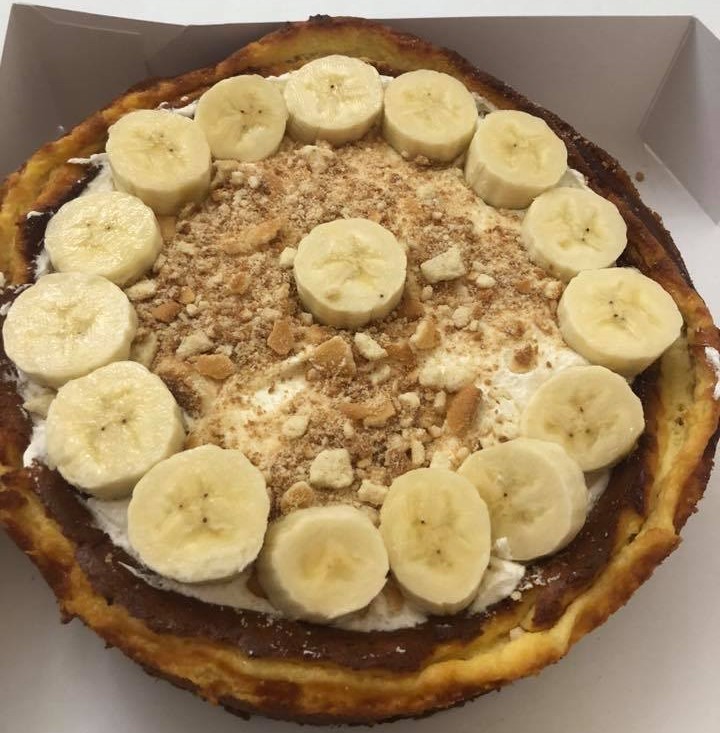 His specialty is Key Lime Pie and although he won’t share his secret recipe, he does offer these hints: “always squeeze fresh lime juice” and he stressed the importance of nailing a killer crust. Other delicacies include red wine cupcakes, cheesecakes of all flavors, and pies, with banana cream pie as his favorite to make. Anything sweet is in his repertoire, with the savory exception of Jalapeno Cheese Bread which he offers during the Fall season.

He has a base of more than 250 loyal customers and finds himself in the kitchen at least six to ten hours each week after school and on weekends. As an eighth grader at Coronado Middle School, he is also involved with performing arts and recently debuted in the deck crew and as a dragon in the school’s production of Shrek. 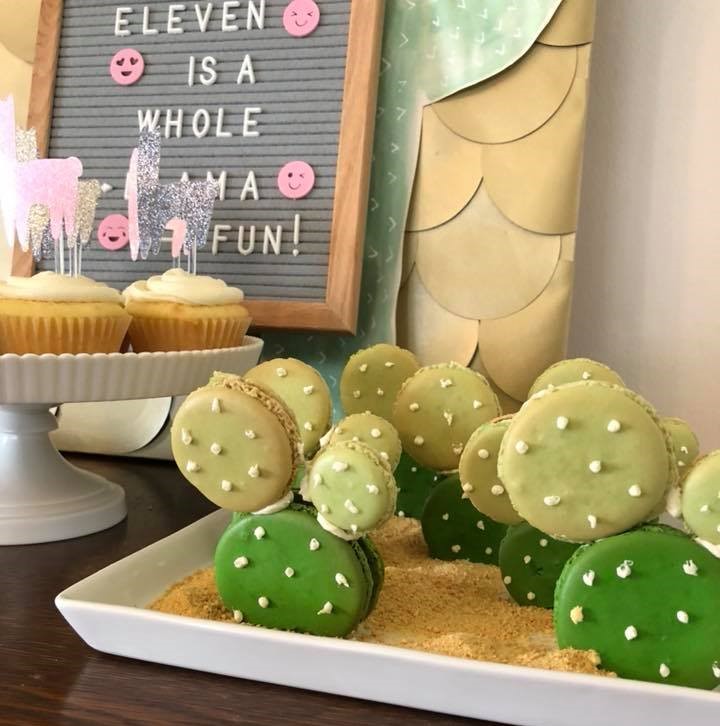 It is evident that he was born with a creative spark and he enjoys writing, designing his room, collecting shoes and developing his own personal clothes style, which he describes as “casual elegance ~ looking like a million bucks for a fraction of the price.”

His favorite kitchen items include: an offset spatula, chef’s knife, juicer, and measuring spoons, with a scale being his most treasured, so he can precisely measure ingredients. He views being a chef as a hobby and calls it “an extra skill to have,” not a career, although he does think it would be fun to open a bakery when he retires. He foresees being a realtor for his future, preferably in New York, because he envisions transforming old building into hotels.

When asked where he gets his baking inspiration, he says that sometimes clients show him photos of what they want and other times they just tell him about the occasion and the theme and let him come up with his own creations. He detests boxed cake mixes and likes to create his own concoctions. For embellishments, he uses luster dust, chocolate shavings and curls, fresh fruit, edible gold, and whipped cream. He does admit to creating a cake for his best friend made out of snickers to form a teepee and a fire pit. His favorite celebrity chef is Gordon Ramsey.

He’s saving the money he makes from his baking business to remodel his room and buy a new laptop. Last summer, he did an internship at a bakery in New Mexico under the tutelage of Jonathan Perno. He was in the trenches from 6am to 7pm most days and learned many new techniques. His culinary inspirations come from all over. He likes to try new foods and experienced cubed pig’s blood on a trip to visit his stepfather’s family in Thailand. He’s not a fan of that particular dish but did adore the fried bananas and Thai coffee. This summer he plans to visit family in Mexico and learn some new cooking skills.

Asked if he is known as the baking guy at school, he says he doesn’t really promote it, but he has made several cakes for teachers and was featured in the yearbook last year. His next baking challenge is creating a croquembouche, probably for his family’s Fourth of July party. “I have mastered cream puffs, both regular and Oreo flavored, but will take it to another level.”

Three generations of women have instilled the love of baking in him. His favorite food his mom Christina prepares is stroganoff and his preferred Mexican staple is tostadas. “My mom and my brother are my tasters when I experiment with new recipes, because I know they will give me honest opinions.” 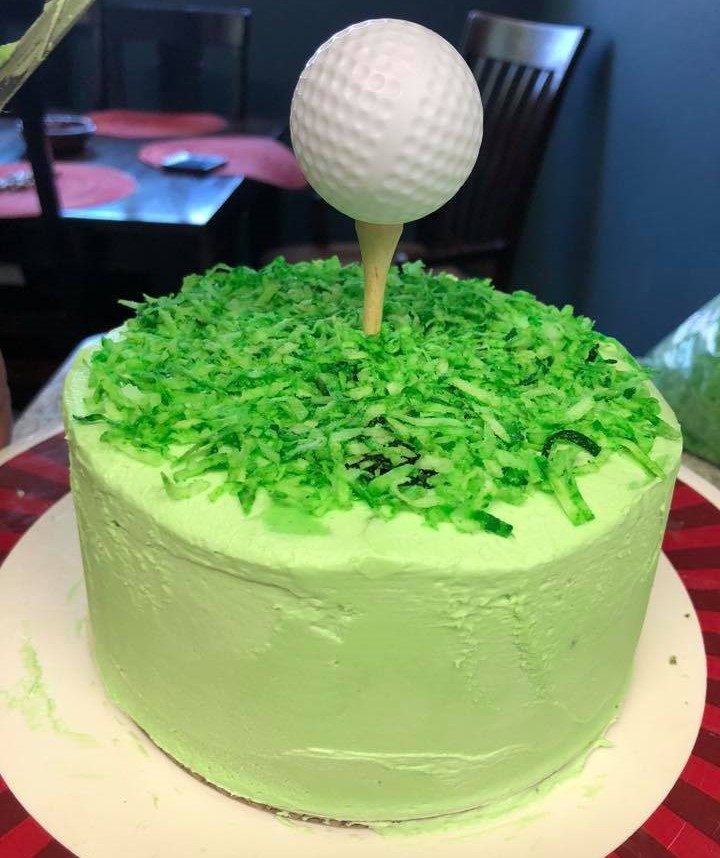 You can order scrumptious cakes, pies, muffins and other sweet treats from his Facebook group page ~ Bayside Bakery by Ty. 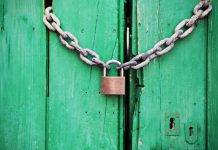