Coronado Bikes to the Movies (Friday, May 18th in Tidelands Park) 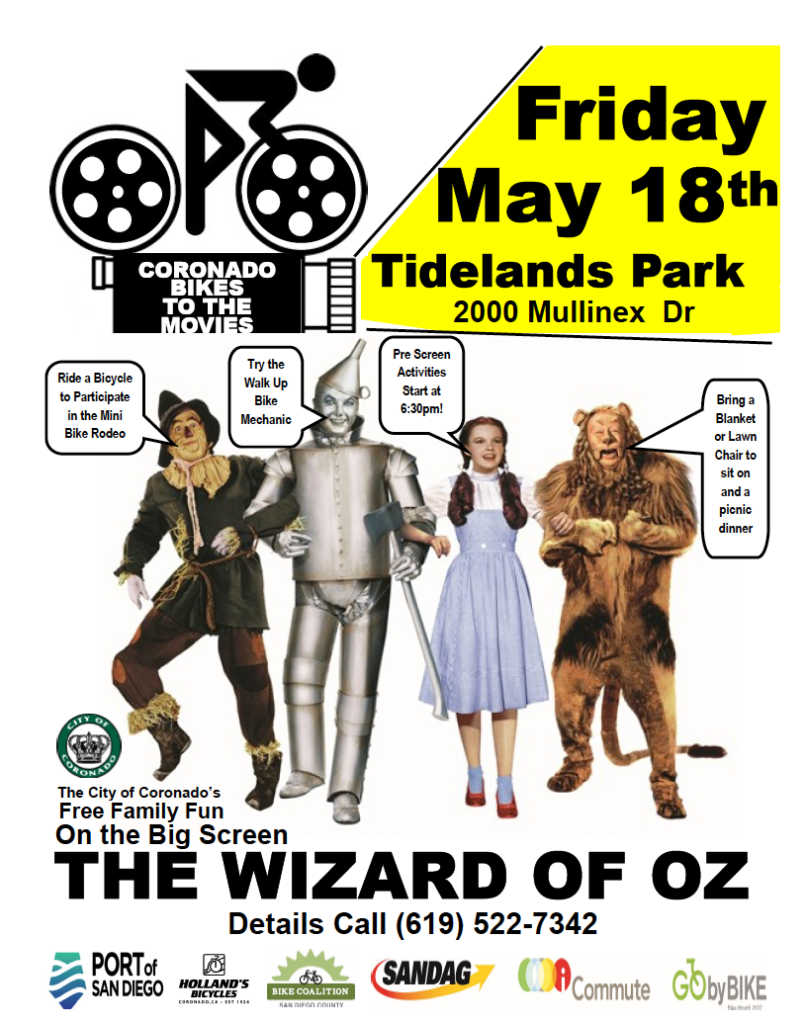 Gather your family, then get on your bicycles, to ride to The City of Coronado’s second annual Bike-in-Movie. Coronado Bikes to the Movies Event features The Wizard of Oz on the big screen on Friday, May 18th in Tidelands Park. This is your opportunity to join Dorothy, The Tinman, The Scarecrow, The Lion and Toto on the Yellow Brick Road to travel in search of the Land of Oz. 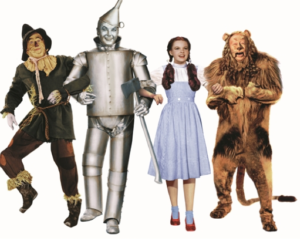 This 1939 MGM classic is considered “one of the greatest films in cinematic history. “ Its legendary use of Technicolor, fantasy storytelling, musical score and memorable characters is deep rooted in Coronado history. The Wizard of Oz, author, L. Frank Baum, often stayed at the Hotel Del Coronado and he also lived in a house on Star Park Circle during some of his most prolific writing years. Legends connect The Wizard of Oz and L. Frank Baum to a variety of elements of Coronado and the Hotel Del.

Recipient of five Academy Award nominations and two Academy Awards (for Best Song and Original Score,) this film continues to amaze viewers more than seven decades after it first showing.

The Wizard of Oz screens at 8:00pm in Coronado Tidelands Park (2000 Mullinex Drive)

Come for the bicycle activities then stay for the movie. For movie viewing, it is suggested to bring a blanket or beach chair to sit on and a jacket to keep warm. Also, families can bring a picnic to enjoy before or during the movie.

COVID-19 Community Setting Outbreaks Continue to Be Confirmed in County

Marshall in a New Chapter of Your Life with Wyatt! Fun and handsome Wyatt came to the Coronado Animal Care Facility when he was found...
Read more