The Coronado Cays is fortunate to have many caretakers. Among them is Mary Berube. She’s lived in Coronado and the Cays off and on for 22 years. Berube holds a Geology and a Law degree, and finished two Master Gardener classes in Virginia and Tennessee. Today, she is a self-proclaimed Cays caretaker.

“Gardening and hiking are relaxing and rewarding and, to me, gardens and the wilds are a big, beautiful, awe-inspiring science project which never fails to teach that we are all in this world together,” Berube said.

The Cays area known as Grand Caribe Shoreline Park (GCSP) belongs to the Port of San Diego. Thanks to efforts from residents like Berube, Cays residents enjoy a beautiful, bayside park. In July of 2016, the Cays celebrated 20 years of the GCSP.

“In 2017, the Silver Strand Beautification Project began to work with the Coronado Cays Homeowners Association (CCHOA) and the City of Coronado to communicate with the Port on several issues regarding the park: old and incorrect signage, safety issues at night and on busy weekends, and the erosion of the park’s banks,” said Berube.

This is how the Port describes the area: “This Park features unique natural plants and California native plants which have been planted throughout the park to enhance the existing plant communities and to provide an educational botanical setting.”

But Berube noticed that the description on the website didn’t match what she could see. “[The work] was incomplete for the planting, and replanting had not been done for many years, and it was time for a refresh. “

To this end, Berube attended a meeting of the California Native Plant Society’s (CNPS) Garden Committee, of which she is a member, and explained how GCSP is a unique area in need of attention. “It was the only Port park on the western bayside that people could get to and visit the coastal habitat. In fact, besides the access to water and the viewpoints, this park is an important bird habitat and features 112 species!”

In October of 2017, Berube wrote a proposal for a mini grant from CNPS and got it. “The CNPS reviewed and approved a plant list that reflected the right plants for the right place,” Berube said. “California is very diverse in its botany and biology but these plants had to be ready for the coastal sage scrub, beach and dune type environments! “ Berube added.

The project got support from City Council member Mike Donovan, the Grand Caribe Isle Taskforce of the Coronado Cays Homeowners Association, the Silver Strand Beautification Project, and Garden by the “C” nursery next to Emerald C Gallery. Garden by the “C” owner, Robin Hagemann, accepts plant donations for the GCSP. The Port of San Diego provided the irrigation system, signs, and protective fencing for the new plantlets. Berube is especially grateful to the Port of San Diego, and gardeners Paul Morison and Ruben Rico, for their help with this replanting project.

“Personally I am very grateful to Mary for her efforts and persistence in improving the native plantings on Grand Caribe Isle in the Cays,” Donovan wrote in an email when asked about Berube’s involvement in improving port owned land. “She not only applied for and received a grant to purchase the native plants but also recruited and coordinated helpers to get them planted. She is one of the many unsung heroes in or community who knows how to get things done,” said Donovan.

Berube had help from the Chula Vista Girl Scouts Troop 5050. Briana Olszewski, a senior at Bonita Vista High School and a candidate for the Gold Award, reached out to Berube. “Growing up in the Southbay, I wanted to do and lead on a project that gave back to the community and restored nature,” said the 17 year-old about her interest in this project. Olszewski and two other members of her troop worked on the project.

Olszewski is one of the original twelve members of Troop 5050 (Otay Mesa Service Unit 665). “We are very proud of Brianna,” said Mr. and Mrs. Olszewski. “Brianna is poised to be the first to achieve and receive her Girl Scout Gold Award paving the way for the remaining four troop members to receive theirs in the coming year.”

Weather delayed the start of the work. The fall of 2017 was one of the hottest, and with it came fire season at the beginning of winter. “There is no reason to plant when there’s no rain on the horizon. Once we got hit with a new rainstorm, it was time to act fast, and Troop 5050 mobilized quickly,” said Berube. In January of 2018, with help from the Girl Scouts, along with about 12 Cays residents, it took four days to clear the weeds and replant.

Addressing the replanting of California native plants is only one part of Berube’s vision. Slowing down the erosion of the banks is also on her radar.

The first year for natives is the most important as they establish their root system which is deep and wide to collect all the water possible. The beauty of that is that there would be less erosion.  ~ mary berube

On an afternoon walk around the GCSP, Berube pointed out that when visitors to the park climb down the park’s banks, instead of using marked paths, to get to the bay, they contribute to the erosion.

Awareness about this issue is important to help protect this area. To keep the banks from eroding further, Berube’s future plans include pulling the shallow rooted invasive plants, and replanting natives with deeper roots to help hold the soil in place.

Berube also has her eye on restoring the coastal habitat. “The habitat is important here as it’s great for the birds which commute on the Pacific flyway which runs along the San Diego bay,” Berube said.  And Olszewski agrees. “I was drawn toward a project that beautified the community, and provided and attracted winged insects and birds.”

Besides taking in the stunning views, Cays and visitors use Grand Caribe Shoreline Park for picnics, walks with their dogs, fishing, and swimming in the bay. “It’s easily accessible for people of all ages, it’s one of the few coastal sage scrub areas in the south bay where you can park and walk easily, and the views are amazing,” Berube notes.

As a volunteer environmental steward of the GCSP in the Cays, Berube hopes to educate and inspire with her community involvement. Ultimately, Berube’s wish for this area of the Cays is simple, “[I] just want the plants to grow and for people to enjoy and protect the coastal environment.” 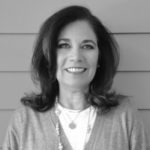 Suzette Valle
Suzette Valle moved to the Coronado Cays in 1992. She's the author of "101 Movies To See Before You Grow Up" and a family entertainment writer. She and her husband Alejandro, a Senior Vice President at Morgan Stanley, have two children, Alex and Bianca. They attended CUSD schools and are CHS and college grads. Suzette enjoys living by the beach, watching movies, and taking her dog, Bella, for long walks. Have news to share? Send tips, story ideas or letters to the editor to: [email protected]