What is Hepatitis A and Should I Care?

Most San Diegans have by now heard about the Hepatitis A outbreak. Most understand that it is primarily related to the homeless situation in San Diego. Given that, an average Coronadan might give it little more thought. But, should we?

According to the San Diego Union Tribune, there have been approximately 500 people sickened by the Hepatitis A outbreak and 19 have died in San Diego. To get a sense of the magnitude of the outbreak in San Diego specifically, the California Department of Public Health (CDPH) shared statistics that show that 85% of the cases and 100% of the deaths in California come from San Diego.

Perhaps more surprisingly, for those of us in Coronado, County Health Department statistics, which were released by zip code, show that one person was infected in zip code 92118. One case could be a fluke or even a data error – it doesn’t necessarily suggest that Coronado could end up with a widespread problem. But, since we associate the outbreak with the homeless population and homelessness is not particularly evident in Coronado, how could this have happened? And, how likely are any of us to become infected with Hepatitis A and what happens if we do?

What is Hepatitis A and How is it Spread?

According to the World Health Organization, Hepatitis A is a viral liver disease that is transmitted through contaminated food or water or through contact with an infected person. In general, the risk of contracting Hepatitis A is linked to unsanitary conditions or poor hygiene, like unclean hands.

Simply put, the reason Hepatitis A has disproportionately hit the homeless population is because they live in far less sanitary conditions than the rest of us. In particular, they have little access to restrooms. So, they are using the streets as their restrooms –which is a problem for anyone on the streets because the virus is spread through contact with feces (even in microscopic amounts) of the infected. And, of course, with little access to restrooms, the homeless cannot properly wash their hands.

Additionally, it is possible for the disease to become water-borne through sewage contaminated water. This is why City Councilman David Alvarez called for testing in the watershed. County Health officials, however, said that such testing would be a waste of time since most evidence so far indicates that the disease is currently being spread from person to person (rather than through the waterway).

How Dangerous is It?

The first thing to know is that Hepatitis A is generally not fatal and does not result in chronic liver disease as other forms of Hepatitis can. And, the symptoms can be quite mild. In fact, children under the age of 6 who contract the disease usually do not report symptoms. The older one is when they contract it, the more severe the symptoms, usually. Symptoms can include fever, nausea, diarrhea, malaise, vomiting and jaundice.

Adults can have more severe symptoms which might not resolve for weeks or even a few months – according to the Center for Disease Control, some people could be sick for up to six months. And, while rare, Hep A can cause liver failure and death in older individuals or those with other liver diseases.

The homeless are often at heightened risk of severe sickness, according to the CDPH, due to “more underlying conditions causing chronic liver disease, which can result in more severe disease when hepatitis A infection occurs. Homeless people and illicit drug users often have underlying liver damage due to alcoholic cirrhosis, or hepatitis B or C infection.”

How to Prevent it? 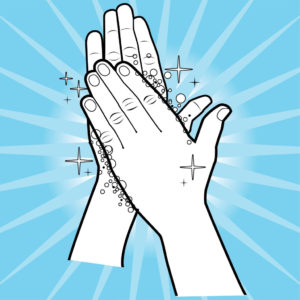 Generally, according to the World Health Organization, the spread of Hepatitis A can be reduced through access to adequate clean water supplies, proper disposal of sewage, and good personal hygiene (such as hand-washing with soap and clean water). Each of these have been a challenge for San Diego’s homeless.

Additionally, an effective Hepatitis A vaccine was developed in the 1990s. The American Academy of Pediatrics recommends that children be vaccinated between the ages of 1 and 2 years of age. Perhaps most of our children have been immunized if they have been doing regularly recommended immunizations. However, according to the California School Immunization Record and shotsforschool.org, the Hep A vaccine is not required. This was confirmed with the Coronado High School Health Office.

Tim Rebbeck, Professor of Epidemiology at the Harvard T.H. Chan School of Public Health, says we should care: “Without proper control, Hepatitis A can be readily transmitted from the homeless population into the food chain of the general population. Early and effective public health interventions and monitoring should be put in place to stop the spread of this disease.”

In fact, in September, patrons of a Pacific Beach restaurant were warned that they might have been exposed to Hepatitis A from a food service worker. It is easy to imagine that any one of us might find ourselves on the receiving end of such a warning. 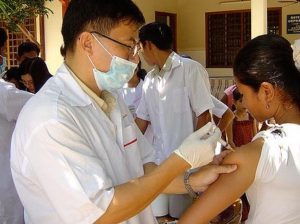 San Diego County public health officials have taken a three-pronged approach to trying to get the current outbreak under control: vaccination, sanitation, and education. By trying to vaccinate large portions of the homeless population, health officials hope to stop the spread of the disease. This approach is somewhat problematic because the homeless are sometimes hard to reach to administer the vaccines and sometimes don’t trust public health officials and might refuse the vaccine. Additionally, it does nothing for those who have already contracted the virus. And, even the extent to which this approach is helpful, it is purely reactive and does not represent a solid, forward-looking solution. Additional sanitation stations are helpful, if they are truly made available to those who need them, and education cannot hurt.

Rebbeck also goes on to say that “the health of those in greatest need is the responsibility of all of society – and not just because their health issues can be easily passed on to the reset of society.”  But, a real solution to the Hepatitis A outbreak would be a solution to the overwhelming homeless problem that San Diego faces. The city of San Diego is estimated to have over 5,600 homeless individuals, representing 62% of the total homeless in the county. Of these, 8% are veterans. San Diego is estimated to have the fourth largest homeless population in the country and the second largest population of homeless veterans. 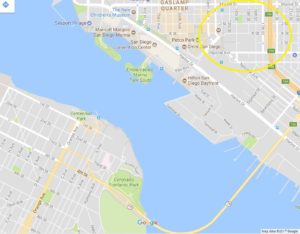 The homeless problem has been evident to anyone traveling near 16th and 17th Streets and Imperial Avenue, east of downtown. In an attempt to help resolve the Hep A outbreak, the city sent police in to remove the homeless so they could clean the area and power wash the sidewalks with bleach. The plan now appears to be a sanctioned homeless encampment.  But this is not a solution to homelessness.

San Diego Mayor Faulconer’s senior advisor on homeless coordination, Jonathan Herrera, says that he has been keeping tabs on what other cities are doing. If you think that keeping tabs won’t make enough of a difference, Greg Anglea, the Executive Director of Interfaith Community Services, offered some suggestions: “[H]ire skilled, screened, hardworking people through organizations like Interfaith, Father Joe’s Villages, Veterans Village of San Diego, Alpha Project and others,” get involved as a volunteer or donate items, or “another way to help the most vulnerable homeless people: Talk to them.”

It might not feel like we can do as much as our city should be able to, but in total, maybe we can do more.

Coronado resident Rebecca Sauer has strong opinions when it comes to wearing a mask, social distancing, and taking steps to stop the spread of...
Read more
Letters to the Editor

The Coronado Public Art Walking Tour Giveaway, which ran for the month of July, will hold its prize giveaway drawing on August 8.“We had...
Read more

Coronado resident Rebecca Sauer has strong opinions when it comes to wearing a mask, social distancing, and taking steps to stop the spread of...
Read more
Letters to the Editor