UPDATE Jan. 7, 2018 – According to a sign in the window at the now closed El Cordova Garage (see image to the right), automotive service needs are being referred to Griffin’s Auto Repair at 1542 State Street in the Little Italy area of San Diego.

Island Surf closed last week, a victim of the sale of the Coronado Assemblage – nearly a full square block of buildings along Orange between 10th and C which includes El Cordova Garage, Bay Books, MooTime Creamery, Costa Azul, Leroy’s Kitchen, and Bullshirt, to name a few.

The Coronado Times has confirmed that El Cordova Garage will be closing their 1000 C Avenue location in the next three to four months.  Their lease was not renewed by the new owners of the Coronado Assemblage, Kleege Enterprises.

Rock Walton, owner of the El Cordova Garage, and long-time Coronado resident, was visited by members of Kleege’s team last week. The story that Walton told sounded familiar, as I had heard similar stories from business owners over the course of the last few weeks – “When they were buying, they came in and we had a conversation. Since then, I’ve heard absolutely nothing.” Walton continued, “At 10 am, two days ago, they came in and gave an obviously written, rehearsed spiel. I am going to try to tell you their words as close as I can – ‘We have acquired an agreement with a tenant for this property. We understand you’ll need some time to clear out. We can give you three to four months.’ ”

Kleege Enterprises has thus far remained quiet as to what they plan to do with the properties. There have been rumors and speculation, but so far, no official word. However, a source close to the transaction has shared that the exterior of the building will remain the same.

Just how much these buildings can be modified is open to question on the basis of history alone. According to the Coronado Historical Association, the El Cordova Garage, for instance, is 71 years old. However, some of the buildings at these addresses are older, having been built in the early 1900s. Over the years, the buildings housed a large variety of businesses, among them, Island Café, Coronado Glass Shop, Central Wine & Cheese, a car dealership, a paint store, and more.

Walton told me that he had first come to work at the garage in the early 1990s, and he had practically raised his twin sons at the business. Today, they both work there. Walton had planned to turn the business over to them when he retired. Today, he’s not so sure there will be a business: “What I spent my entire life [on] and every penny I ever had, is gone.”

Walton also talked about his sense of loss in terms of history: “This is the oldest operating automobile business in the Western U.S. and, it’s gonna die on my watch.”

While Walton spoke in terms of loss, he also considered the possibility of moving the business. He said there was one property in Coronado that might work; but that he would lose customers if he went further away – over the bridge or to Imperial Beach. He feels he has a responsibility “to my kids, my employees, my customers, to this town, to the history of this garage. I don’t know how much I can do. But, I can’t just roll over. I owe the customers more than that.”

The original owner of what has become known as the Coronado Assemblage was the Hartwell family. Nina and Clark Hartwell had Las Vegas as their primary residence, but also purchased in 1972, and maintained, a historic home on Ocean Boulevard. The Hartwells amassed the individual properties that make up the Assemblage over a period of time.

Nina and Clark Hartwell had no children of their own, so their nephews became their beneficiaries; and one, Victor Pavloff, represented the family in selling their property. Pavloff lives in Big Sur, but comes to Coronado regularly as the family still has properties here. His comment on all that is happening with the properties now was: “I wish everyone well. I hope the new property owner will keep the properties in the context of community and history and possibly make something much, much better for the Village. We’re moving forward, moving on. Times change.”

One thing that might change is where you pick up your car if you ever have it towed. Today, the principal provider of towing services to the City of Coronado is the El Cordova Garage. So, if your car is towed (your fault or not), you know where to find it. You can most likely go on foot to get it. All of this could change if the El Cordova Garage is no longer.

When asked, Mayor Bailey said that the secondary provider of towing services takes cars off island – somewhere off Pacific Highway. You can’t get there on foot. 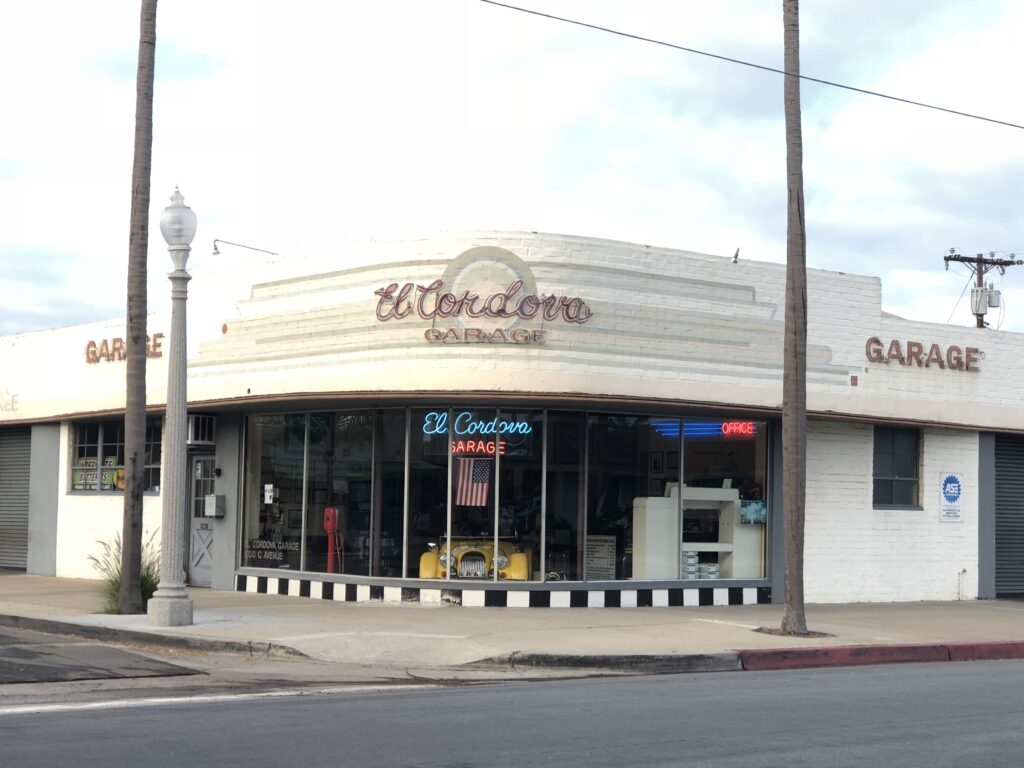 Editor’s Note: The author, Luan Troxel, has no association with the “Troxel Building” located at 10th Street and Orange Avenue that previously housed Troxel’s Hardware.