From the makers of Bears, Chimpanzee and Wings of Life, Disney Nature brings us the next installment of its fascinating documentaries of life in the wild – Monkey Kingdom. This is the story of Maya, a young Macaque monkey and her newborn son, Kip. Maya and Kip live in the ancient ruins of South Asia, an abandoned kingdom called Castle Rock, deep within the the jungles of Sri Lanka. Maya is clever and resourceful, traits that serve her well as she navigates the challenges of living amongst her complicated family. There is a clear social hierarchy amongst the 50 Macaque members of the clan. Maya is one of the lowborn. There is Raja, the alpha male, and a snippety trio of haughty females known as The Sisterhood, who enjoy the high life complete with the most comfortable living conditions and plentiful food. Maya knows her place within the society and as she struggles to raise her newborn son on her own without the network of nannies that the higher ranks enjoy, the tables soon turn when the tribe looks to her to rebuild their way of life when everything they know is taken over by outsiders.

The cast of characters is plentiful beyond this extraordinary society of Macaques- there are sleepy sloth bears, a shifty mongoose, stealthy jaguars and dangerous monitor lizards. Monkey Kingdom chronicles life in Castle Rock as the tribe goes about their daily business – raising their young, finding food and letting their social status be known. Kumar, an outsider Macaque, makes his way in to integrate himself into their world and no sooner is exiled by Raja himself, who rules over his kingdom with a mighty fist. Kumar leaves a legacy however, and has a secret love affair with Maya prior to his forced removal. Maya gives birth to his son, Kip, and then begins her arduous journey as a single mother.

When a rival group of Macaques invade Castle Rock and force the clan out, their world is turned upside down. Suddenly finding themselves in uncharted territory without the comforts of home, the group is forced to dismiss their social hierarchy and work together to withstand and overcome their new challenges in the urban jungle – a bustling city with buildings, people, cars and plentiful fruit stands to satiate their ever growing hunger. The Sisterhood, who at one time wouldn’t dare admit their shortcomings, now look to Maya, whose street smarts save the battered group from their period of dislocation. Upon regaining their strength and obtaining new survival skills, the clan returns to Castle Rock to reclaim their homeland.

Monkey Kingdom goes far beyond simple documentary footage of a wild tribe of Macaques. It’s an intimate peek into the miracle of Mother Nature. An emotional story of love and loss, of triumph and defeat, Monkey Kingdom shows the daily struggle to survive, the fight for justice and the power of redemption. As Maya scraps her way to her rightful place in the kingdom, we are quietly reminded that sometimes, adversity can prove to be your greatest strength. 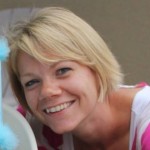