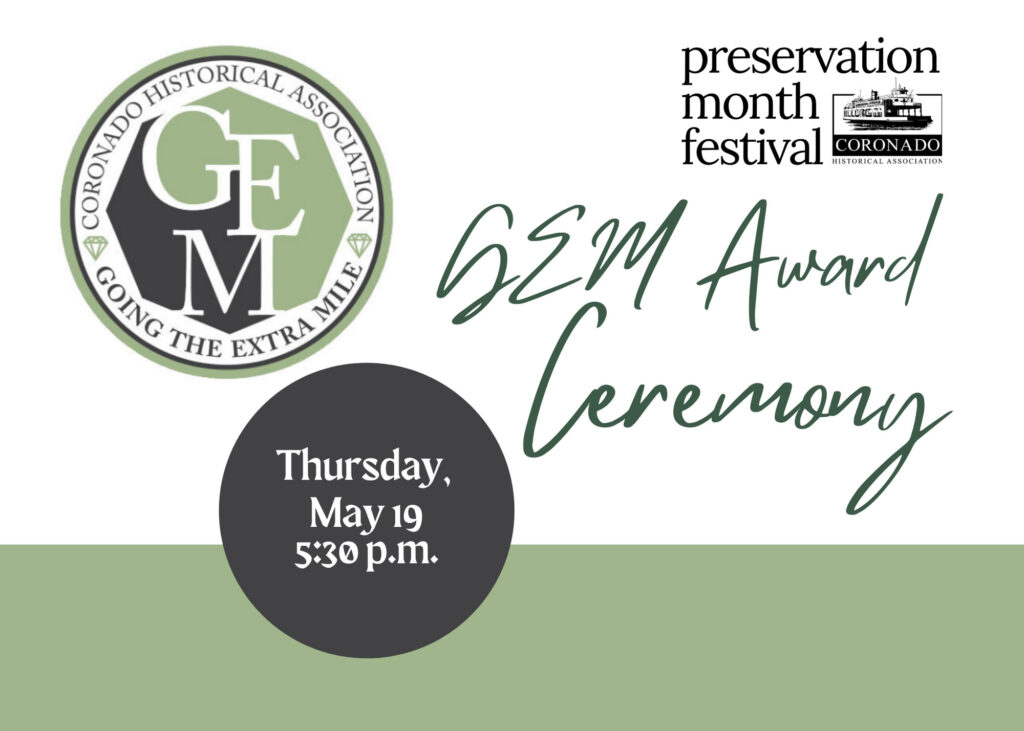 Preservation Month is capped by one of Coronado’s most treasured community awards. In 2013, CHA debuted Coronado’s Going the Extra Mile (GEM) Award in honor of local historic preservation. The award was sparked by inspired efforts of homeowners to preserve and restore, rather than replace, existing homes, and turn potential tear-downs into architectural GEMs. Annually, CHA recognizes homeowners and designers who Go the Extra Mile to create GEM homes in Coronado. Watch for articles throughout the month announcing this year’s top three nominees. The GEM Award winner will be announced at a ceremony that will take place on Thursday, May 19. Details about the ceremony will be released soon.

This event is free, but RSVP is required!