POLITICIAN, FATHER OF THE TROLLEY, CREATOR OF MILLS ACT

James R. Mills, politician, veteran and renaissance man, died peacefully March 27 surrounded by his family. The cause of death was kidney cancer. He was 93.

Mills, born in 1927, was probably best known as a career politician. He was elected to the California State Assembly in 1960, and was subsequently described as one of the finest young men in politics by President John F. Kennedy. 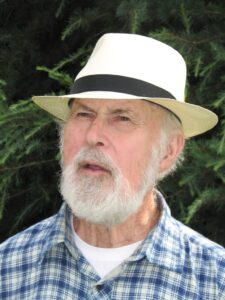 He became a member of the California Senate in 1967, and in 1971 he was elected President Pro Tempore of the Senate, a position he held for ten years. As leader of the Democratic majority, and as chief of the Senate, he negotiated daily with Ronald Reagan, who was then California’s governor.

Mills spent 22 years in all, as a state assembly member and state senator. On occasions when the governor and the lieutenant governor were both absent from the state, Mills served as acting governor. That happened more than thirty times.

In 1977, President Jimmy Carter appointed Senator Mills to the Amtrak Board of Directors, and he served as chairman of its board from 1980 to 1982. He is an ex-officio board member of both the San Diego Trolley and San Diego Transit. In 1998 the Senate of California appointed him to the California High Speed Rail Authority.

Today, the trolley serves more than 50 miles, with new lines expected to open soon. All of this earned Mills the nickname, “Father of the Trolley,” which he got a big kick out of.

One of his greatest accomplishments was the creation of the Mills Act, which protects historic homes and bears his name. Thousands of historic residential and commercial buildings have been saved from destruction in this state with the incentive of reducing property taxes for their owners, all thanks to Senator James R. Mills.

“Coronado is an ideal example of what America is supposed to be like!”

Mills was responsible for the concept and creation of Tidelands Park and the Bayshore Bikeway, which circles Coronado and goes down the Silver Strand.

“I had always wanted to live in Coronado,” Mills once told a reporter at CORONADO Magazine. “I moved here so I could live without a car when it was no longer safe to drive one. I rode the ferryboats for a nickel all day with my mother in the 1930s. And all of my three children were born here. Coronado is an ideal example of what America is supposed to be like!”

In addition to saving historic homes, creating transportation alternatives and enhancing the port tidelands, Mills was a strong and loud advocate about climate change and its consequences.

Mills was running the San Diego History Center’s Junipero Serra Museum (1955-1960), when he decided to run for state assembly. A little-known fact is that Jim Mills saved Star of India, San Diego’s iconic tallship. The ship had fallen into a sorrowful state of disrepair and was unlikely to survive. Desperate to bring attention to the old sailing ship, Mills introduced author Alan Villiers to Star of India’s plight in the late 1950s.

Villiers was so disgusted at the condition of this once-great sailing ship, he made it his personal goal to sing her exploits, while embarrassing San Diego into rallying support for her restoration. Villiers was one of the most read authors of that time, known for his dramatic documentation of early 20th century maritime history.

“I regarded [Jim Mills] with a kind of awe, not just because he was brilliant, but because, in his low-key unassuming way, he was such a visionary,” said Ken Kramer, San Diego’s esteemed journalist and historian, who hosts the KPBS TV show, “About San Diego.”

“A time or two [when we had lunch together], I felt like I was in the company of greatness. And after we’d spent a couple of hours talking about politics and trains, he’d make his way home in Coronado, a little bent and slower than at the peak of his political power.

“In his day, this man would fearlessly take on all foes and prevail against less forward thinking adversaries. I wanted to call out to folks passing by… ‘Do you know who that is?? That’s Jim Mills, one of the most politically powerful people in the State of California!’. And he just had lunch…with me.”

Indeed, Senator James R. Mills was a rare breed in politics, both then and now. He was a gentleman through and through, and politicians on both sides of the aisle respected and liked him.

The ripple effects of Jim Mills’ thoughts, actions and deeds far exceed the lists of great accomplishments in his life. He inspired others throughout his lifetime and was a major player in the San Diego and Coronado we so take for granted today.

As his daughter Beatrice said, “Dad believed that government existed to serve the people, and he fought for fairness, education, environmental protections, the coastline, the climate and public services. He was especially effective in integrated public transportation systems. He was a real old-school progressive, and we are all proud of what he contributed.”

Mills was also a celebrated author and guest columnist. He was a contributing writer for San Diego Magazine from 1957-1995. Books he authored include, “A Disorderly House: The Brown-Unruh Years in Sacramento,” “Historical Landmarks of San Diego County,” “San Diego: Where California Began,” and “Poems of Inspiration from the Masters.”

He also wrote a highly praised novel, “The Gospel According to Pontius Pilate,” which was published by Fleming H. Revell in 1978. The book looks at Pontius Pilate, the Roman governor of Judea, and the compromises he had to face in condemning Jesus to the cross.

The audio clip below is a poem Jim recited at a 2014 lunch:

Throughout his life, Mills was known to, at a moment’s notice, quote classic literature in his deep baritone voice, recite limericks (he had written nearly 1,000 of them), and relate poetry that had inspired him over the years.

Jim Mills on the topic of limericks:

“Dad loved San Diego, and told me that he was never tempted to go elsewhere for college or work, because it was the only place he wanted to live,” said his daughter Eleanor.

“On the other hand, he loved to travel, and even on family vacations he made a point of riding any streetcar, subway or rapid transit line available. He had a vision for San Diego that involved parks, bike paths, public transit and historical preservation that he worked hard to bring about.”

James R. Mills was a gentleman and a romantic his entire life; a renaissance man, if you will. To the blessings of those close to him, he kept his intellect and sharp wit intact up until the very end, regaling friends and family with his incredible mind.

He is also survived by nine grandchildren. He was the last of his siblings to go. His sister, Jean Hashman, passed in 2020. She too was a Coronado resident. Mills was married once, to Joanna Rohrbough, of Coronado, in 1959.

No services have been planned as yet, but the family requests that, in lieu of flowers, people take a ride on a trolley, train or bike.

Editor’s Note: Joe Ditler is an author, historian and frequent contributor to The Coronado Times. One of the services he provides is the writing of obituaries and living obituaries — the building of lasting tributes for our loved ones. For more information, write [email protected].