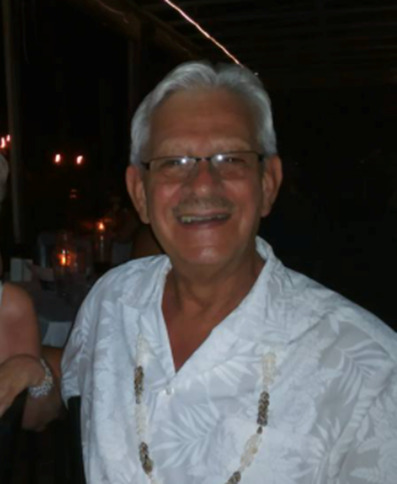 On Thursday, December 10, 2020, Charles “Chuck” Arnold, husband and father of two children passed away at age 80.

Chuck was born August 25, 1940 in Fall River, Massachusetts to Charles and Rose Arnold. In 2005, Chuck was married to Patricia Carroll in Coronado, California. Chuck also raised two sons, Mike and Mark, from a previous marriage.

From an early age Chuck had a passion for music, where he joined his childhood friends Bob Geno and Ronnie Cola to form The Jets. With a keen interest in entertainment, Chuck eventually made Las Vegas his home, where he resided for nearly 40 years.

Having eventually made the leap from music to hotel management in the mid 1970s, Chuck moved to San Diego in 1989, where he spent 12 years as Director of Evening Operations at the Hotel del Coronado. Beyond music and hotels, Chuck also had a passion for red sports cars, overly complex electronics and strong martinis.

Chuck was preceded in death by his father, Charles, his mother, Rose, his sister, Josie, his brother, Frank, and bandmates Ronnie and Bob. Chuck is survived by his wife Pat, his two children, Mike and Mark, and his brother Ed.

With the current gathering restrictions courtesy of COVID-19, the family is looking to hold a memorial gathering in early 2021, or as early as can safely and practically occur.