Cole became a Rotary district finalist after moving to the next level in a series of club, sub-regional and regional competitions. He will join five other inspirational and talented students who will compete in the contest finals.

Cole has demonstrated strong oratory skills, poise and passion in a competition that has attracted over 150 high school students from across San Diego, Imperial, and Riverside counties. Cole’s outstanding speech is about the positive impact being a Boy Scout has made in his life.

The annual Rotary Four-Way Test Speech Contest provides cash prizes of up to $1500 to high school students. The speeches are based on the “Four-Way Test” principles followed by Rotary International:

The culmination of the speech competition, the District 5340 Finals, will be held at Liberty Station’s Conference Center hosted by the San Diego Rotary Club 33 at 11:30 a.m. on April 26. 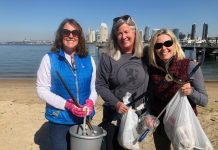