More than 400 letters later, the Billock family is glad they decided to host the Santa mailbox this year. Originally purchased as a decoration, they realized that it could be so much more by letting kids have fun in a not so fun year. They put out the word on social media and kids came from all over the county with their written requests for Santa. Turns out the iPad is a popular gift request, with real helicopters, trains, ambulances, unicorns, girl elves, Star Wars Mandalorian figures, money to put in piggy banks, and the tried-and-true cars and dolls, rounding out the lists. 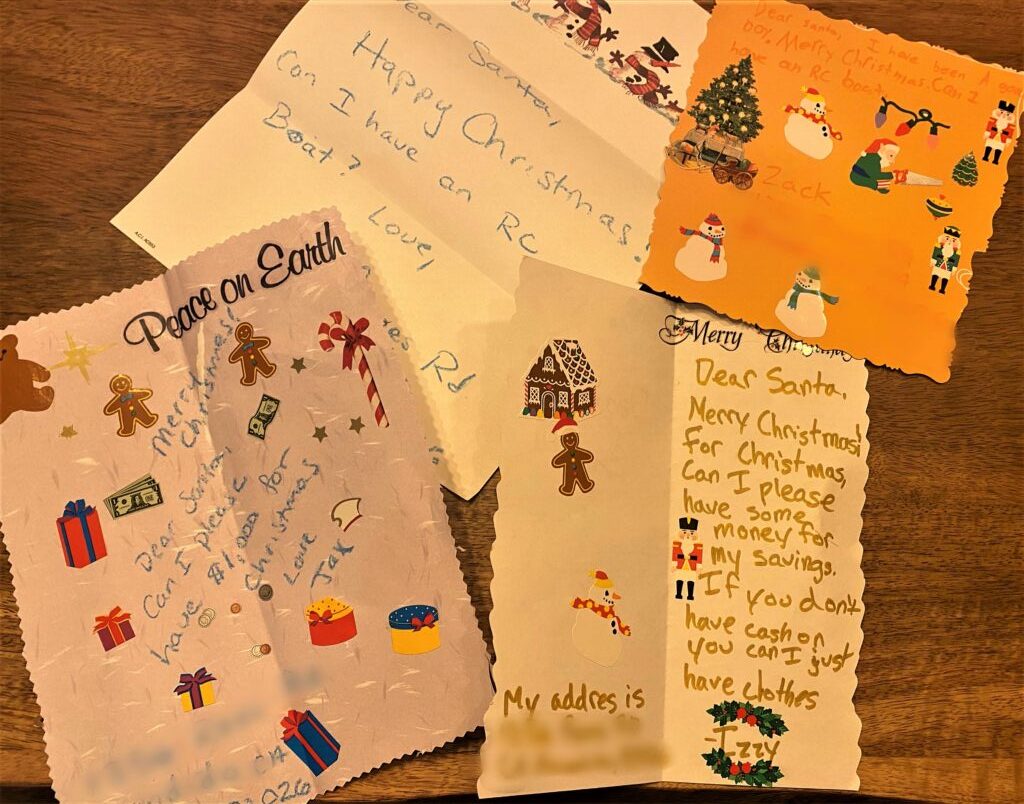 When the letters started pouring in after the first week, the Billock family reached out to Pastor John Joseph at Graham Memorial Church, and he recruited his high school youth group to act as Santa’s elves and help answer the letters so that every one of the more than 400 children would receive a personal response with a candy cane gift inside. The group spent more than 20 hours reading the requests and responding to the children. They chuckled at one of their favorites from the child who wrote “I know you will arrive late Santa, but please come and wake me up to see your reindeer.”  Pastor Joseph reports that the students had a joyful time and are looking forward to doing it again.

The Billock family shared that their neighbors on Pine Street were supportive of their Santa mailbox and thanked them for offering joy during this holiday season, which has been tough for so many people. The family feels blessed to have even been able to respond to one deserving family’s specific requests. They commented, “This has been rewarding for us and we plan to continue this tradition next year.”

Earlier this week, Coronado's Alisa Kerr was enjoying the view from her Coronado Shore's condo, when she spotted a shark swimming near a surfer....
Read more
People

Moderna and Pfizer BioNTech vaccines are in full swing at the Sharp Hospital & City of Coronado Vaccine Clinic, and at some point the...
Read more

Let’s talk burgers! Everyone has a favorite, but now there’s a fresh, new burger option in town to try with some truffle fries and...
Read more
Business