Over 1000 men, women, and children. Over $105 thousand raised. All racing up the Coronado coastline by either foot or bike. That’s what you can expect this year at the Coronado Rotary Club 22nd Annual Low Tide Ride and Stride. On June 22nd at 8am, members from our community are coming together for two reasons; to have fun and to raise money for wounded veterans. 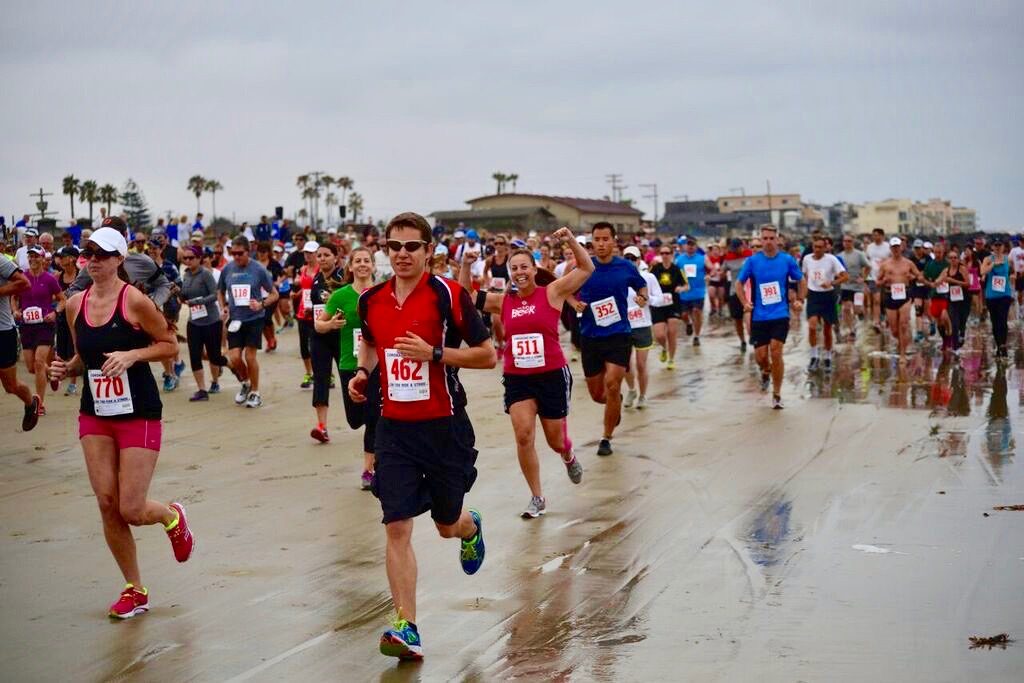 “It’s a long-standing tradition,”, stated Robin MacCartee, Coronado Rotarian and Co-Chairman of the event. Robin and Co-Chairman, Paul Leadlein, have teamed up once again to ensure that this 22 year tradition continues to have a place within our community. Over the past two decades, the Ride and Stride has been a successful joint venture by the State Beach, the city of Coronado, and local Navy community. It continues to evolve, and it is now a fun way to say “thank you” to the men and women of the Armed Forces; and it’s all done by volunteers.

“We’re making some big changes this year,” claimed Robin. In 2018, the Ride and Stride raised $105,000 with 51 percent of the proceeds going towards wounded veterans. Therefore, this year you can expect the same charitable donation, but with more specific monetary allocations that are designed to make a huge impact. “We are working with Warrior Foundation at Freedom Station, the Armed Services YMCA C5 (prosthetics) division at Balboa (Naval Medical Center San Diego), Gold Star Families, the SEAL Foundation, and Workshops for Warriors. Last year our scholarship put three guys through the Workshops for Warriors academy,” recalled Robin. The Rotary Club recognized that by focusing their donations, they are able to make a larger impact. “We are here to support combat wounded vets, their families, their rehabilitation, and their education,” asserted Robin. Even with these changes, more needed to be done in order to meet the goals.

“We shortened the race this year to an even five miles,” said Robin. He continued, “the race used to be 8.2 miles, but participation was struggling…we just weren’t making that jump to where we wanted to be.” The Rotary Club recognized that while the path for the race was beautiful, it was a little lengthy. This discouraged and possibly prevented many from participating. This logistic move promises to bring more members of our community to the race’s new starting line at Silver Strand. “We weren’t attracting as many people as we could,” admitted Robin. Because of this, registration is up this year and there’s still time for you to register and get your bib.

“Anybody and everybody of all ages can participate,” encouraged Robin. “You don’t have to be this hardcore athlete.” The Ride and Stride is a chip-timed event, meaning that if you want to know your official time you can. And for those with a competitive side, awards will be given. However, the primary thing to remember according to Robin is that “this is a fun race…you’re doing it to support your local military community.” You will see babies in jogging strollers, children on bikes, and wounded warriors participating. Ultimately, it’s great family fun. 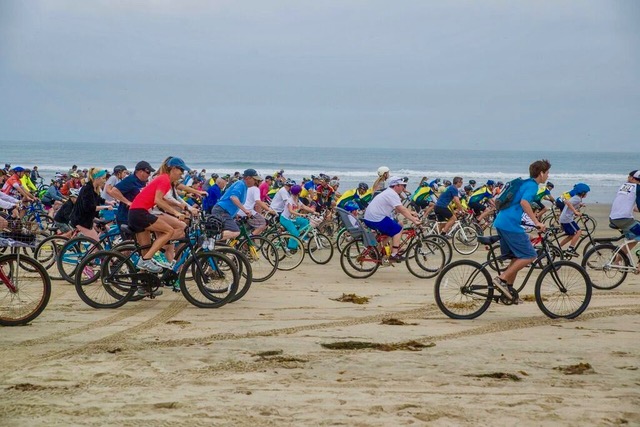 So, no matter whether your motivation is to compete, test your limits, move for a great cause, or to simply have fun with the family, why not do it at the Low Tide Ride and Stride? Run, walk, or ride your bike up the beach on June 22 as a “thank you” to those who have sacrificed. It’s a fun and easy way to make a difference one step or pedal at a time.

Kyle McCarty
During his 13 years as a Naval Aviation Rescue Swimmer, Kyle’s naval career brought him to NAS North Island in 2008 in which he eventually moved to Coronado in 2014. Although originally from Texas, he now considers Coronado to be home after his retirement in 2015. Kyle is a Communication major with a passion for writing, teaching, helping others, and public speaking. In his free time, he enjoys coaching baseball, game nights, his Jeep, and camping with his family. Have news to share? Send tips, story ideas or letters to the editor to: manager@coronadotimes.com

City of Coronado to Offer Safe & Festive Holiday Events for 2020

To help get residents in the holiday spirit, the City of Coronado is planning holiday activities that are safe, festive and fun, and that...
Read more
Community News

A Coronado family is encouraging kids to drop their letters to Santa in a special mailbox at 1040 Pine Street. All letters will be...
Read more
Community News

If you want to feel hopeful about the future, spend a few minutes chatting with Annika Laughlin, Coronado High School graduate, class of 2020!...
Read more
Advertisement
Advertise Here (Get Rates)