This Halloween, as always, you can expect to see a lot of girls dressed up as their favorite superhero, Wonder Woman, but I suspect you’ll notice some differences in their updated costumes. For years, the standard Wonder Woman costume has been based on a replica of Lynda Carter’s Wonder Woman character, who wore gold, red, white, and blue with a patriotic flair in the television series that aired the last half of the 1970s. After seeing the 2017 film Wonder Woman, directed by Patty Jenkins, I suspect that this October each Wonder Woman clad trick-or-treater will be dressed like Gal Gadot’s version of her. The new Wonder Woman, equally as beautiful as Lynda Carter’s version, can only be described as bad-ass!

The film, which incorporates elements of Greek mythology, historical fiction, and pure fantasy, kept my attention throughout. Toward the beginning, the audience is introduced to a little girl named Diana, the Amazon queen’s daughter. Raising her on an island, Diana’s mother wants to protect her and keep Diana’s innocence in tact while her aunt, played by Robin Wright (otherwise known as The Princess Bride or Claire Underwood) wants to teach Diana how to unleash the warrior goddess within. As she is shielded from danger, Diana is also sheltered from men on her women-only paradise island.

When a World War I era pilot named Steve Trevor, played by Chris Pine, crashes his plane off the coast of her homeland, Diana’s world changes. As Steve shares with her the atrocities he’s witnessed on the front, Diana feels a calling, convinced that she must use her sword, shield, and lasso to conquer the evil of which he speaks.

As she and Steve set sail for Europe, she learns about mere mortals like him, observing their strengths and weaknesses. Diana is outraged at times as she discovers how some humans choose to ignore others who are in need. No matter what advice Steve offers as he tries to influence her behavior so she can seamlessly blend in, Diana refuses to back down, using her words as well as her fighting skills to protect those who are in the most dire of situations. 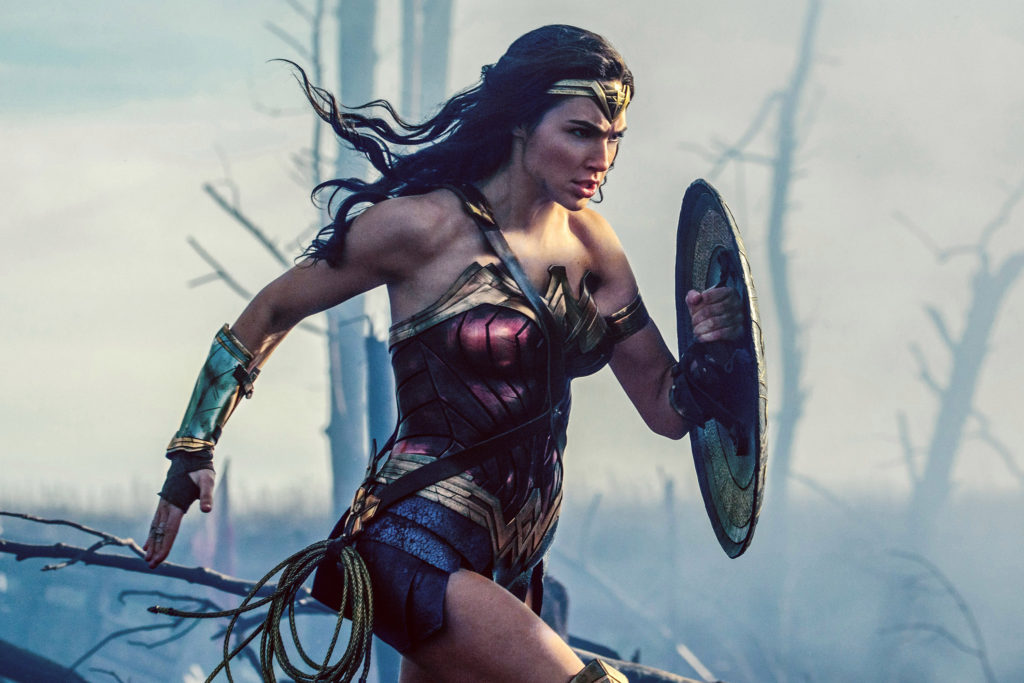 From early on, the film, which has bits of humor here and there, is packed with impressive action sequences. Wonder Woman can deflect bullets with her wristbands, and scale buildings effortlessly. In keeping with the tradition of her Amazon ancestors, Wonder Woman is fearless as she physically dominates anyone who tries to stop her. (The only part of her character that I found annoying was that her hair looked absolutely flawless no matter how intense the fight was. Come on! No one looks that perfect all the time!)

My friend Kelly, who saw the movie with me, highly recommends Wonder Woman. “If Lynda Carter couldn’t play Wonder Woman, than Gal Gadot was the only other choice. She was perfect,” Kelly declared. One aspect that Kelly especially liked about this version of Wonder Woman is that she was on a mission to help people, and didn’t take no for an answer when other characters tried to dissuade her from speaking up or using her physical prowess. “I wish more people in the world were like her. We need more Wonder Women. I know the majority of the story took place during World War I, but a lot of the elements in which she stood up for those who couldn’t do it for themselves could easily apply to situations in today’s world. I liked how when she set her mind to something, she stuck with her gut, and did what had to be done,” Kelly shared. 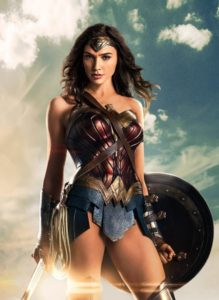 I personally enjoyed seeing the evolution of Wonder Woman’s character, from a young Amazon princess to an adult goddess, and I liked how the ending (no spoilers) left me looking forward to this November’s release of The Justice League, which features Gal Gadot again as Wonder Woman along with Ben Affleck reprising his role as Batman. Bruce Wayne might be wealthy and drive a really cool car, but Wonder Woman’s twirl of her lasso and empathy toward humans is what will lead me to the theater. In Wonder Woman, Gal Gadot did a fantastic job honoring the spirit of the superhero who’s been adored for generations, and I look forward to seeing how her character continues to be unconquerable.

Rating:  Rated PG-13 for sequences of violence and action, and some suggestive content

Set "somewhere in Northern Italy" in 1983, Call Me by Your Name, directed by Luca Guadagnino, is a coming-of-age story about a seventeen year old...
Read more
Movie Reviews

From Director Clint Eastwood comes an incredible, true story of three American heroes who, depending on how you choose to look at it, happened...
Read more
Advertisement
Sponsored Partner Links