Through all the obstacles students have faced over the last two years, Navy JROTC cadets have risen to the challenge through their participation in the 2021-2022 JROTC Leadership & Academic Bowl (JLAB). The cadets from Coronado High School have proven their ability to overcome and succeed despite those obstacles. 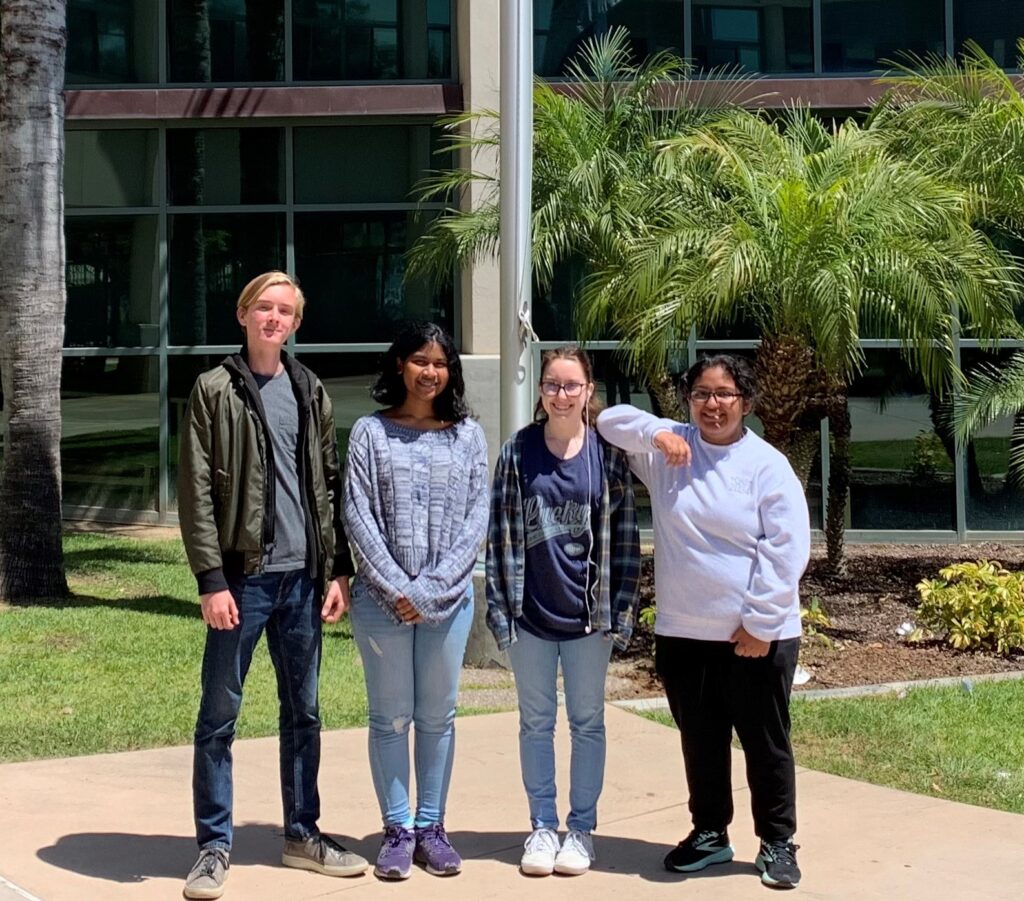 After advancing through two intense phases of online competition, the Coronado High School’s JROTC Academic Team composed of Elek Rothrock, Kalani Gunasekera, Rebekka Siqueiros, and Kennedy McCann will compete in a Championship event in Washington, DC. The 2022 U.S. Navy JROTC Academic Bowl Championship will be held on the campus of The Catholic University of America, June 24-28, 2022. This event is sponsored by the U.S. Navy JROTC and is conducted by the College Options Foundation.

Coronado High School’s JROTC team earned top scores out of the 580 Navy JROTC academic teams that competed from around the world. The team is one of only eight Navy JROTC Academic Bowl teams in the nation to advance to the final competition, which includes an all-expense paid trip to the Championship event in DC.

During the two fast-paced preliminary rounds, cadets were tested on their knowledge of core curriculum such as math, science, and language arts as well as current events, citizenship, leadership skills, and financial literacy. Financial literacy videos are sponsored by the USAA Educational Foundation and provided to all cadets. Questions from the videos were included in Levels I and II of the online competition.