Lamb’s Players Theatre announced that miXtape, its hit music revue of the ’80s has now been extended through September 1st. The spectacular journey through the music, the dance and the memories of that most awesome of decades is playing for the first time at the company’s resident stage in Coronado. 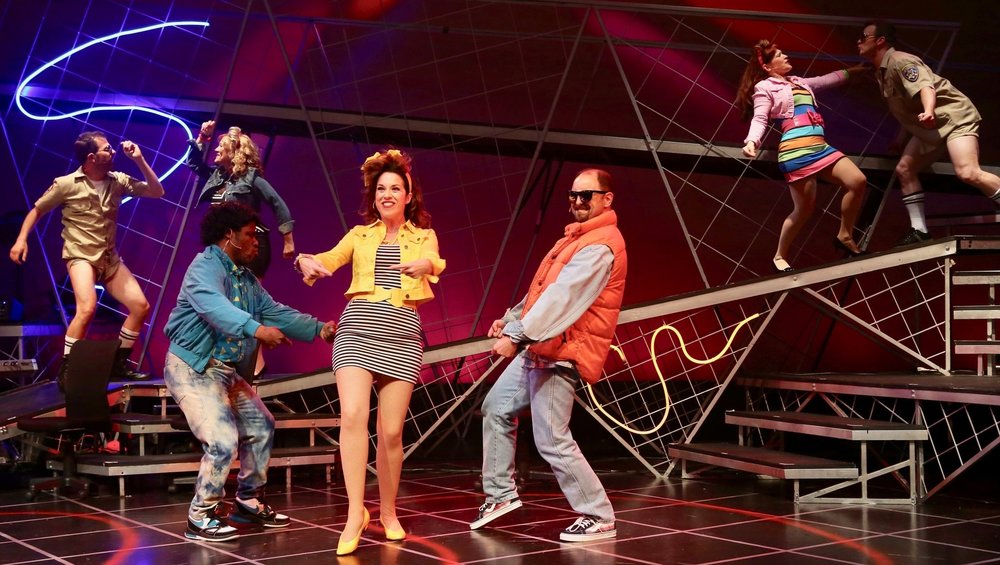 LAMB’S premiered the show in 2010 at the Horton Grand Theatre in the Gaslamp. It ran there for three and a half years, making it San Diego’s longest running home-grown musical.

“This production is better than ever,” said LAMB’S Producing Artistic Director, Robert Smyth. “The show’s creative team has given it a fresh look, sound & energy. The cast are all ‘triple threats,’ each a fabulous singer, dancer, actor. The band is stunning. It makes for an amazing trip back in time.”

Tickets prices are determined by the day of the week and the seating section of the theatre. Tickets start at only $28 for Section B seats on a weekday, and go as high as $82 for Prime seats on the weekend.