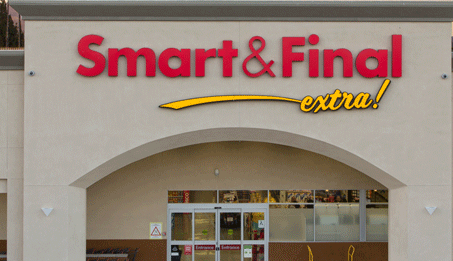 COMMERCE, Calif., /PRNewswire/ — Smart & Final Stores, Inc. (the “Company”) (NYSE:SFS) today announced that its subsidiary, Smart & Final Stores LLC, has entered into an agreement to acquire 28 store leases and related assets from affiliates of Haggen Holdings, LLC ( “Haggen”) for a cash purchase price of $56 million, subject to certain adjustments (the “Transaction”).  The Company has agreed to be a “Stalking Horse Bidder” in a court-supervised sale of certain of Haggen’s assets, and will be entitled to certain break-up fees and expense reimbursement should an alternate higher bid ultimately be approved.

If the Company is approved as the successful bidder in the auction for Haggen’s assets, the Transaction is expected to close during the Company’s fiscal fourth quarter 2015, subject to bankruptcy court and other customary approvals.

If completed, the Transaction will result in Smart & Final assuming the leases and acquiring certain associated assets of 27 closed stores in central and southern California and one closed store in Las Vegas, Nevada, which most recently have been operated as “Haggen” banner stores.  The Company plans to convert these stores to its Smart & Final Extra! store format, including investment in store fixtures and equipment, decor and signage and infrastructure upgrades.  The Company intends to fund the Transaction and related investment from existing cash and availability under credit facilities.

The timing of the conversion process will vary on a store by store basis and is expected to start during the Company’s fiscal fourth quarter of 2015 and to be completed during the Company’s second quarter of 2016.  The newly converted Extra! stores will reflect Smart & Final’s distinctive operational footprint and store layout as well as unique, high-quality merchandise offering tailored to both household and business customers.

Smart & Final currently operates 270 stores under the Smart & Final and Cash & Carry store banners.  If completed, the Transaction would expand Smart & Final’s footprint in theCalifornia and Nevada markets and build upon its history of delivering quality products with exceptional value and shopping convenience to customers in the neighborhoods they serve.

Smart & Final Stores, Inc. (NYSE: SFS), is a value and quality-oriented food and everyday staples retailer that serves household and business customers. The Company is headquartered in Commerce (near Los Angeles), California, where it was founded over 140 years ago. As of October 4, 2015, the Company operated 270 grocery and foodservice stores under the “Smart & Final”, “Smart & Final Extra!” and “Cash & Carry Smart Foodservice” banners in California, Oregon, Washington, Arizona, Nevada, and Idaho, with an additional 16 stores in northern Mexico operated through a joint venture.