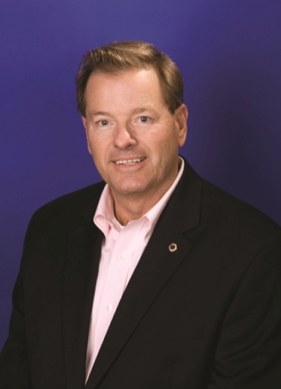 After a courageous battle with brain cancer, David William Phelps, 55, of Coronado, CA passed away peacefully at his home on Friday, April 19, 2013. Known affectionately as “Big Wave Dave” to his friends and family, Dave was born on March 17, 1958 in San Marino, CA to the late Robert and Shirley Phelps of Palm Springs.

Dave studied economics and journalism at the University of California San Diego and soon after began his career in finance as owner and president of Phelps, Dennison & Associates. He fulfilled a childhood dream by becoming a stockbroker, first with Paine Webber and then with Prudential Securities, where he advanced from the job of broker to the manager of East Coast Training in New York. Desiring to return with his family to San Diego, Dave worked with several investment firms, finally settling down as a Senior Vice President at Wedbush Securities.

Dave’s lifelong dedication to his community was evident in his numerous volunteer works. He used his effusive personality to serve his community in so many ways. Early on he volunteered with the Pasadena Police Department Explorer Program and followed that by leading the South Pasadena San Marino Y.M.C.A. fundraising efforts. He served as a supporter, board member and leader of several organizations, including the San Diego City Planning Board, the San Diego Lions Club, and the Kiwanis Club of Rancho Bernardo. As one of the youngest presidents of the Kiwanis Club of University City, he championed the establishment of their very successful Christmas tree sale fundraiser. At various times, Dave was also president of The San Diego Stock & Bond Club and the San Diego Epilepsy Foundation, for which he was recently honored with the “Founding a New Era and Legacy of Hope Award.” He had a remarkable ability to engage others and enable his community to accomplish “things greater than they ever thought possible,” said a family member.

Dave was also a member of the San Diego University Club, the Coronado Cays Yacht Club, and his love of golf was evidenced by his long-time membership in the Coronado Golf Course Men’s Club. Dave also volunteered as the Director of Shuttle Services for the San Diego Open annual golf tournament at Torrey Pines.

With a cheerful spirit and engaging smile, Dave had the rare ability to walk into a room full of strangers and quickly engage everyone there. He was a proud, dedicated community member and the epitome of how volunteerism helps build a community.

The family would like to express their sincere gratitude to Dave’s caregiver, Margie Hamel, and members of the San Diego Hospice. Their dedication and effort to provide compassionate care were a heartwarming blessing. We thank God for the gift of his life and the precious time we spent with him.

A memorial service will be held honoring Dave on Tuesday, April 30, 2013 at 2:00 p.m. at Christ Church Coronado, Corner 9th and C Streets, Coronado, CA 92118. Reverend Edward Harrison will officiate. Memorial contributions may be made to the San Diego County Epilepsy Foundation or the San Diego Brain Tumor Foundation. Condolences can be directed to www.davephelps.weebly.com/updates .