350 historic cars and trucks took center stage, with 15,000 spectators, for the 28th annual MotorCars on MainStreet classic car show Sunday, April 29. The Mayor’s Choice went to the 1955 Mercedes Benz 300 SL Gullwing owned by Dr. Perry and Judith Mansfield; the Best of Show Award went to the 1970 Oldsmobile 442 W30 owned by John Ball; the Club Participation Award went to the “Over the Hill Gang;” and finally the Bad to the Bone Award went to 1919 Dodge Roadster owned by Ronnie Attig.

Coronado has many car aficionados including the following men who have stories to tell about their vintage cars. Russ Meyer brought two of his 12 classic cars to the event. His 1949 Willy’s Jeepster with a 4-cylinder, 70 horse power engine, was definitely a standout.  The car has sentimental value since he was born in 1948 when the car was being manufactured. He bought it six years ago from a guy called “Jeepster Jim” in Florida. “I am always on the lookout for new and interesting cars, especially if they are eclectic, rare or have a distinguished provenance,” says Meyer. He quickly adds, “My wife has set the magic number at 12 cars, so if I find a new one, I have to sell one to make space.”

The oldest vehicle at the show, a 1908 International Harvester IHC Auto Wagon, barely made it because Bob Barden got it running just 10 days before. He picked up the wagon less than a year ago in Vista, CA from a guy who had just purchased it the week before. A deal was struck and Bob got busy restoring the wagon for this year’s show. “Since I was a teenager, I’ve always liked restoring old things, like cars, trucks or machinery. Half the fun for me is the scavenger hunt of finding the right parts to complete the restoration,” says Barden. The car got 2nd place in the unrestored truck category, but really it is a class all its own.

The car with an interesting story goes to the 1965 Shelby American GT-350 Mustang owned by John Turpit. He bought the car in 1968 for $1,850 from an Englishman who purchased it new at the New York Ford Dealer. He used it as daily driver, including taking two round-trips to Mexico City and travelling across the U.S. four times. He sold the car in 1981 for $10,500. In 1988, that owner called Turpit back and offered to sell him the car back for $35,000, but sadly he didn’t have the money at the time so the car went on to several other owners. In 1995, Turpit missed the Shelby and wanted to buy it back. It took five years, but he finally repurchased it for $55,000. He doesn’t use the car for a daily driver anymore, but does take it on road trips. “I decided only a few things can make you feel 25 again, and I don’t plan to sell the car again,” laughs Turpit.

UPDATE MAY 11, 2018 — After this article was published, John Turpit’s daughter emailed him a picture of him with his Shelby from when he was 25. We’ve added that photo here: 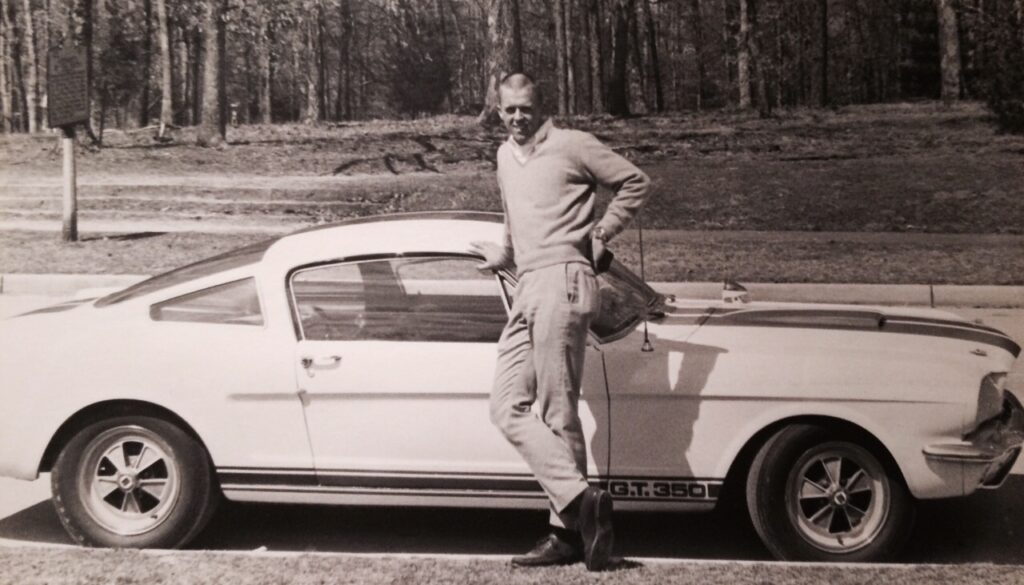 Back this year, after winning Mayor’s favorite last year, was the 1965 Shelby Cobra owned by Bill Gise. Classic cars were in his blood since before he had his driver’s license. “I still remember the fun putting together a Model A Pickup from scrap parts that I found, and then getting to drive it,” says Gise. The Cobra first came to him when he owned Auto Sport, a foreign car shop, where he worked on it for one of his customers. He was later able to buy it and has kept it for 48 years. 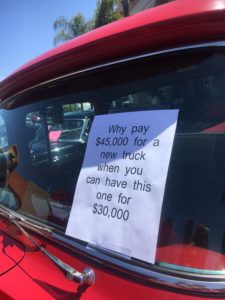 “Our goal is not to make money from the event, but rather to drive business to the downtown establishments, and I think we were very successful with that this year,” says Rita Sarich, Director, Coronado MainStreet. For more information about this event or Coronado Main Street, call 619-427-0254, or go to www.CoronadoMainStreet.com.

The Coronado Ferry has increased its ticket fee from $5 to $7 for a one way ticket, making it $14 for a roundtrip ticket...
Read more
Community News

Swimming is the common denominator in the lives of Dani Grady and Nancy Blair, who are childhood friends and a professional synchronized swimming duo....
Read more
People

It only happens once a year and this was my husband's and my first time to experience Coronado Rotary Club's Low Tide Ride &...
Read more
Dining

Tears come to Alaa Elsadek’s eyes when he talks about his 20-year run at Bistro d’Asia (1301 Orange Ave) that has now come to...
Read more
Advertisement
Sponsored Partner Links