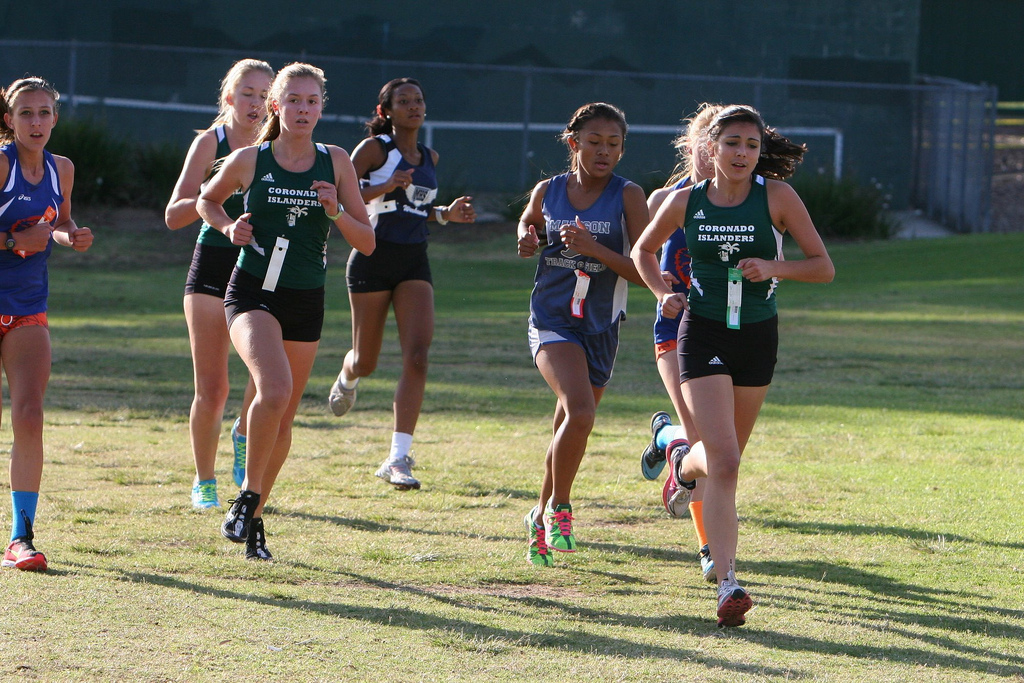 The Coronado High School cross-country season has begun, with the infamously grueling and competitive Mt. Carmel Invite approaching on September 21.

George Green, the head coach for cross country (and track and field in the spring) talked with eCoronado about the promising 2013 season and his top athletes. “Both the boys and girls team should be the strongest in recent years,” he said, referring specifically to a core group of around 25 kids who have been training for the season for several months. Some of the girls include ALL-CIF runners Aeron Yim, Rachel Steffen, and Hannah Downey, along with other returning runners Irlanda Goulding, Kristin Lindeman, and upcoming freshman from last year’s undefeated middle school team, Kayla Bierschbach, Jasmine Rippey, and Renee Phillips.

The boys’ team includes ALL-CIF runner Chris Leary and other impressive athletes including Brett McKim, Jason Leary, and Trevor Boyd. Additions to the boys team include two new athletes stand out as top runners: Erik Armes, who ran a remarkable 1600 meter run in 4:25 his sophomore year and Austin Mathis, a dedicated triathlete from Tennessee. Both of these boys are ranked in the top 20 Nation-Wide for the USAT Junior Men’s age divisions from 16 to 19 year olds. Coach Green is optimistic that his top runners, including these new boys, will be “supported by a strong pack of teammates” that together will push CHS to be “in the hunt come November at the league and CIF championships.”

Some meets to look forward to this season include the Saints Small School Invite on October 4, as that competition is a preview to how the team will do at CIFs, and, of course, league finals on November 12 and the CIF championships on November 23.

Be sure to check out the team’s schedule (and see results as the season progresses) here!

Photo from CHS 2011 cross country season of Hannah Downey and Rachel Steffen, two of this years most promising athletes, courtesy of George Green.

Have you noticed the specially wrapped Free Summer Shuttle buses running up and down Orange Ave in Coronado? The Coronado Times hopped on for...
Read more
Entertainment

The Coronado Ferry Landing restarted its free Weekend Concert Series in February and has been entertaining guests with an array of local talent each...
Read more

Movie Review: “The Way Way Back” Now Playing at the Coronado Village Theatre

The Way Way Back takes its audience to places we've all been before - maybe not to Cape Cod, or the run-down water...
Read more

Over 600 Local Teens Screened for Heart Abnormalities at CHS Event

Looking through the August edition of Woman's Day this year and you can spot a piece on a woman dedicated to designing and restoring...
Read more