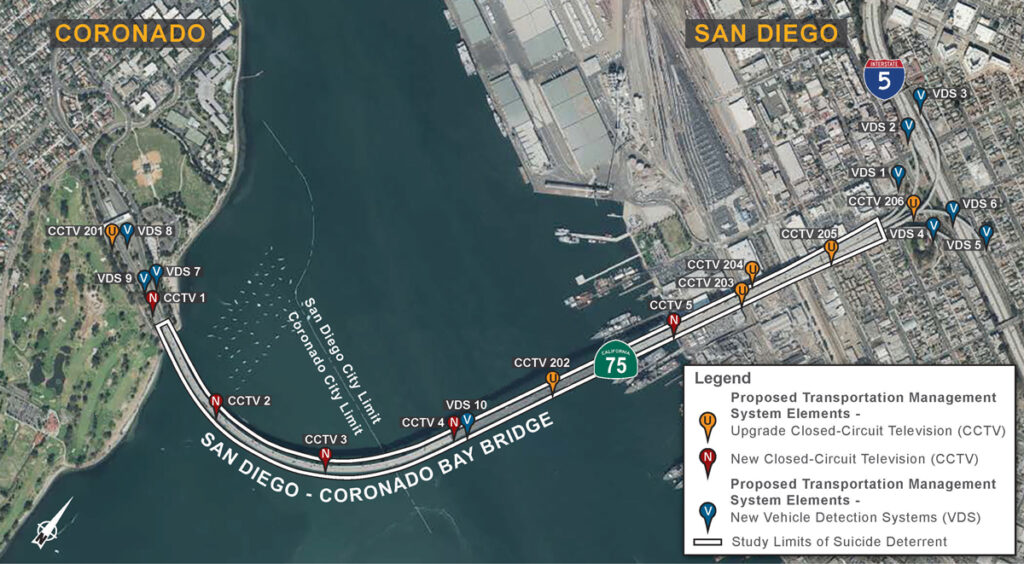 The California Department of Transportation will host a virtual public scoping meeting on Thursday, June 25, from 5 to 7 p.m. Caltrans proposes to install a permanent suicide deterrent on the San Diego-Coronado Bridge as well as minor improvements to the transportation management system elements at the Glorietta Toll Plaza, the Bridge, and the Interstate 5/State Route 75 Interchange. As part of the process, Caltrans will prepare an Environmental Impact Report/Environmental Assessment to analyze potential effects the proposed project may have on the environment. The meeting is being held to solicit public input into the development of the scope of the project and the environmental reviews. Comments will be accepted during the 30-day public scoping period from June 15 to July 14. Comments may be submitted via mail or email. 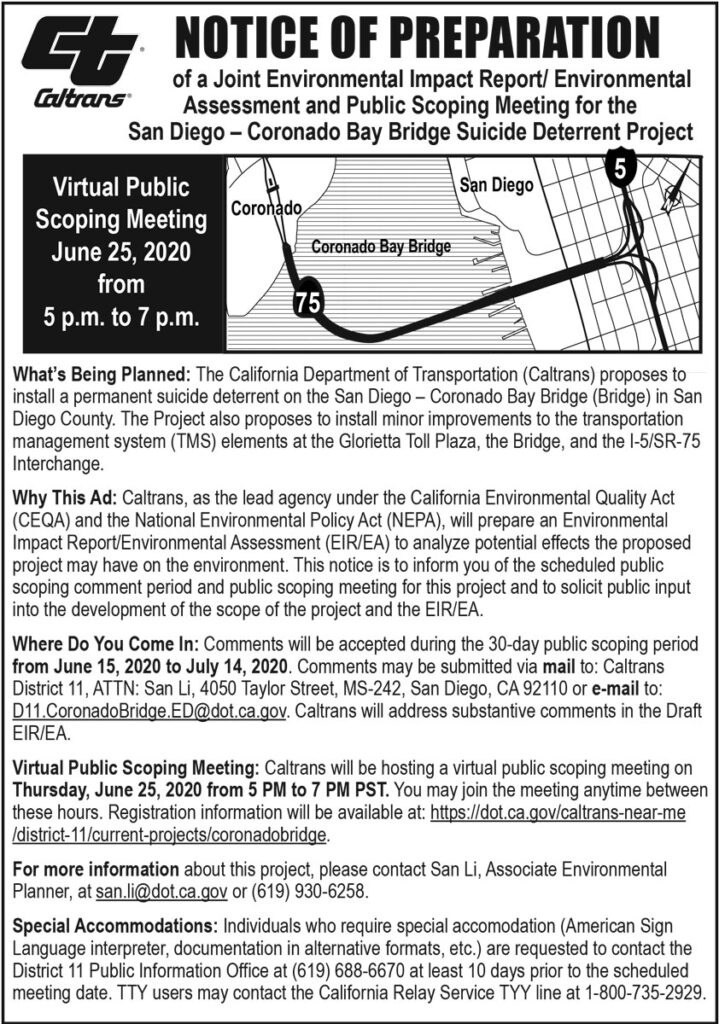