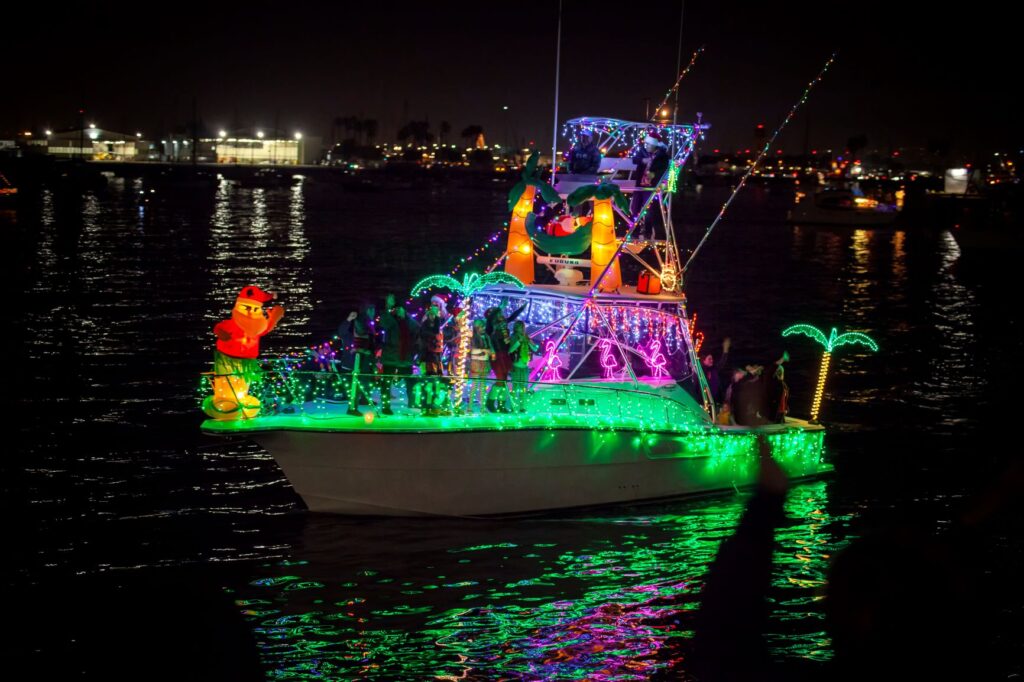 Continuing its long-standing San Diego tradition, the 48th annual San Diego Bay Parade of Lights promises to dazzle and entertain bayfront crowds during the evenings of December 8 and 15, 2019. Participants in the highly anticipated holiday boat parade will decorate their craft to fit this year’s theme, “Comic-Con on the Bay.”

Presented by the Port of San Diego, the San Diego Bay Parade of Lights brings more than 100,000 San Diego residents and visitors to the shores of San Diego Bay each year. The procession of approximately 80 lavishly decorated boats has become one of the most iconic events in the region.

This year, the San Diego Bay Parade of Lights has partnered with Comic-Con to kick off the holiday season. Celebrating its 50th anniversary, Comic-Con has become the focal point for the world of comics conventions. With attendance topping 130,000 annually, the event has grown to include satellite locations, including local hotels and outdoor parks.

Beginning at 5 p.m. each night, the parade starts at Shelter Island and proceeds to Harbor Island, the Embarcadero, Seaport Village, the Pier at Cesar Chavez Park, and ends at the Ferry Landing in Coronado. The parade takes about an hour to pass any given point and there are many comfortable waterfront viewpoints along the route. A map of the route is available on the San Diego Bay Parade of Light’s website. Due to increased traffic and parking demand, observers are encouraged to plan ahead or take the trolley.

To celebrate the festivities and its 30th anniversary, the San Diego Convention Center will host a free, parade viewing party, “Season’s Showcase: A Parade of Lights Watch Party,” on Sunday, December 8 from 4-8 p.m.