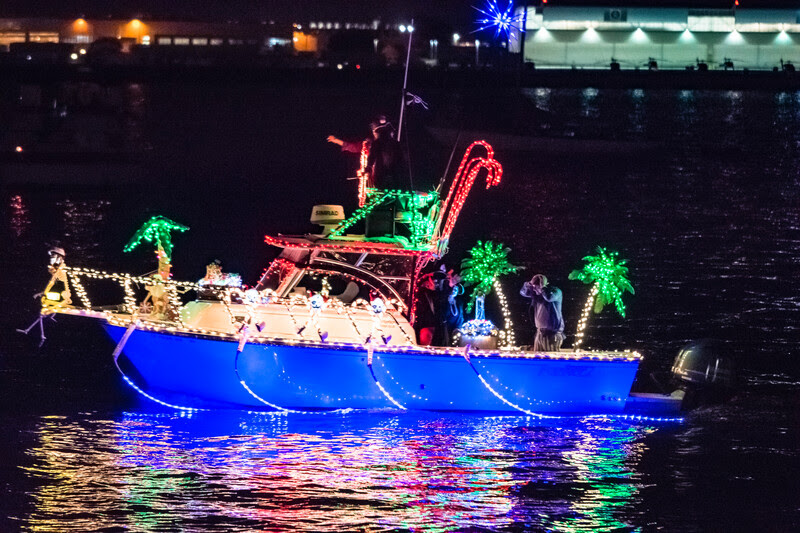 The San Diego Bay Parade of Lights brings more than 100,000 San Diego residents and visitors together on the San Diego Bay waterfront each year. The procession of about 80 lavishly decorated boats has become one of the region’s most iconic holiday events and has brought the community together for over half a century now. 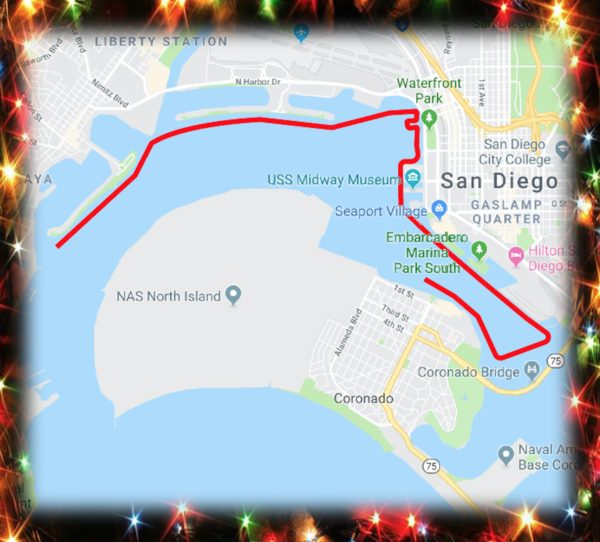 The parade route starts at Shelter Island and travels east past Harbor Island, then south along the Embarcadero, Seaport Village, and Cesar Chavez Park before turning parallel with the Coronado Bridge to the west side of the bay. The parade then proceeds past the Coronado Ferry Landing to the finish line. It takes about two hours to complete the procession and there are many comfortable waterfront viewpoints along the route.

Viewing areas span across multiple areas of the San Diego Bay. Prepare for traffic and parking ahead of time.

The parade takes approximately one  hour to one and a half hours to pass any given point along the parade route.  The approximate arrival time of the parade at various locations are: