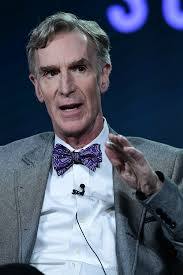 The Coronado Library will host a free screening of the POV Documentary, Bill Nye: Science Guy directed by David Alvarado and Jason Sussberg on Tuesday, September 29 at 11 am. Since its 1988 premiere, this critically acclaimed documentary series, “POV,” has presented hundreds of films that put a human face on contemporary social issues. Winner of 38 Emmys, 22 Peabody Awards and three Oscars, the series strives to relate a compelling story in an intimate fashion.

Tuesday’s broadcast is titled A Man on a Mission. Bill Nye aims to stop the spread of anti-scientific thinking across the world. The former star of the popular kids show “Bill Nye The Science Guy” is now advocating for the importance of science, research and discovery in public life. With intimate and exclusive access —as well as plenty of wonder and whimsy — this behind-the-scenes portrait of Nye follows him as he takes off his Science Guy lab coat and takes on those who deny climate change, evolution and a science-based world view.

RSVP via the library calendar at cplevents.org to receive the zoom link for this event. The film is 90 minutes.