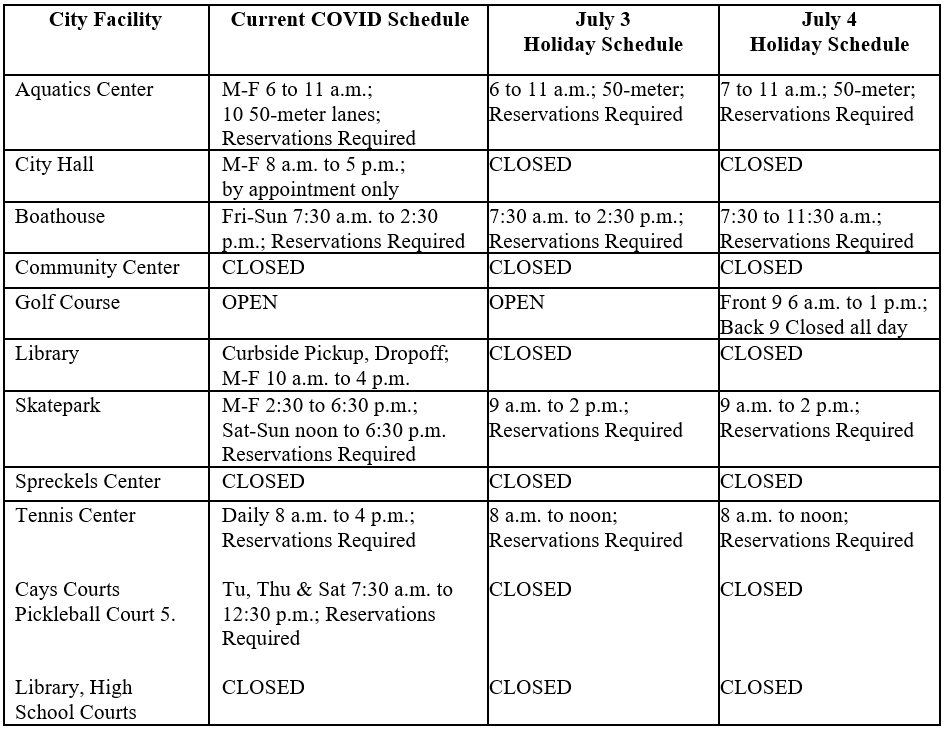 Although the traditional Fourth of July celebrations in Coronado have been canceled due to the pandemic, the City anticipates large crowds over the long holiday weekend and is prepared. The beach is open daily but closes at sunset. In lieu of an actual parade, the City will air past Fourth of July parade programming over the long weekend on Coronado TV. You can watch it on Spectrum Channel 19/AT&T Channel 99 and live online.

The Navy Leap Frogs have arranged to do an aerial display at 2 p.m. on the Fourth of July. The display should be visible from all over Coronado so just look up. They will land at Stingray Point beach area off the Golf Course.

Naval Base Coronado has advised the City that it will conduct a gun salute on the Fourth of July at noon at Naval Air Station North Island in honor of the holiday.

The Fourth of July falls on a Saturday but the holiday is observed on Friday, July 3. Many City facilities will be closed but some, such as the 50-meter pool and Skatepark, will be open with limited hours.