Exhibit Now Open! Uprooted: The Story of the Japanese Americans of Coronado 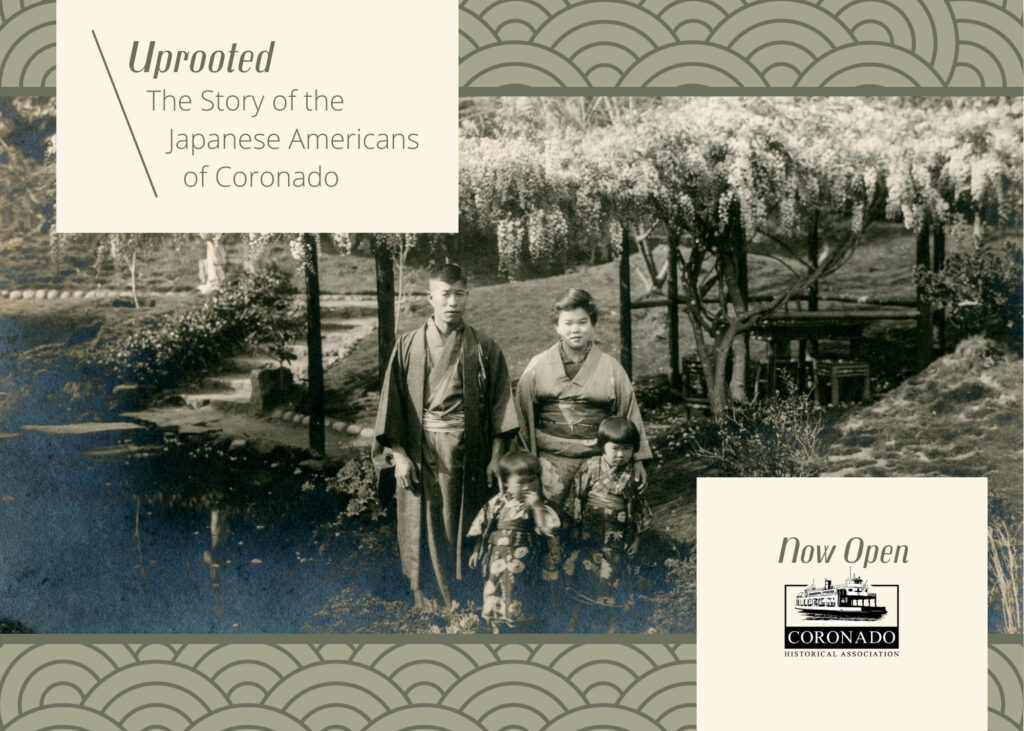 Uprooted: The Story of the Japanese Americans of Coronado

The Coronado Historical Association is proud to announce the upcoming exhibit Uprooted. From immigration in the early 20th century to internment during World War II and post-war resettlement, Uprooted traces the stories of Japanese American families in Coronado. Visit the exhibit to explore the influence of Japanese-style landscape arts in American society through gardens such as Coronado’s Japanese Tea Garden.

More information will be released through our social media platforms & newsletters. Exhibit programming will kick off in 2022 and will include conversations with local Japanese American community members, special lectures about Japanese-style gardens, and even a film screening. Be sure to follow us on social media and keep an eye on our newsletters for schedules and updates.

The Galleries are open Tuesday through Sunday from 11 am – 4 pm.