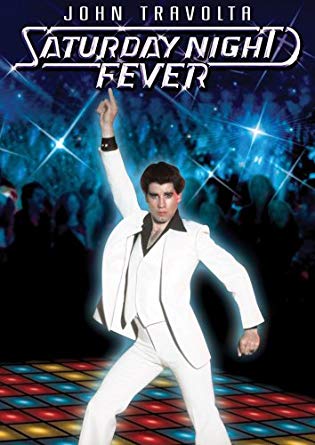 Time to break out those bellbottoms, dust off that vintage Bee Gees album, and polish up your best disco moves! “Saturday Night Fever” is coming to the Village Theatre in all its 1977 dancin’ glory on Wednesday, July 31 at 5 p.m. Tickets are available now at the theatre box office, 820 Orange Avenue. Doors will open at 4:30.

Presented by the Coronado Island Film Festival as part of its Classic Movie Series, the film was an instant commercial success and made a household name of John Travolta, who reportedly danced for three hours and ran three miles a day to get in shape for his role as Tony Manero, the disco-dancing young man from Brooklyn. Travolta received an Oscar nomination for his performance. Travolta’s iconic white polyester suit later sold at auction to movie critic Gene Siskel for $145,000, who claimed “Saturday Night Fever” as his all-time favorite movie.

“This will be a hoot,” says CIFF Executive Director Merridee Book, “We’re encouraging everyone to come in costume, just for the fun of it!” Although costumes are completely optional, Book plans to give away two CIFF Bayside passes to the lucky “Best Outfit” winner.

The “Saturday Night Fever” soundtrack, featuring disco songs by the Bee Gees, is one of the best-selling soundtracks of all times. The movie is considered a perfect period piece of the world-wide disco era, showcasing the subculture, the music, the fashion, the graceful dance moves, and the pre-AIDS sexual promiscuity.

On hand to introduce the film will be award-winning journalist and former NBC war correspondent Brad Willis, who is a Coronado resident and writer.