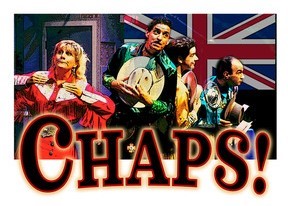 During WWII a BBC studio crew must act fast to fill in when Tex Riley’s Singing Cowboys are late for a live broadcast from London. Monty Python meets the Wild West in the hilarious musical the entire family will enjoy.