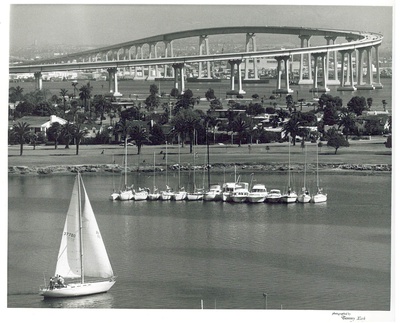 In commemoration of the 50th anniversary of the opening of the San Diego-Coronado Bay Bridge, the Coronado Historical Association is hosting a very special Wine & Lecture. Documentary Producer Patrice Makovic will be showing her film featuring “the Bridge.” The documentary “San Diego-Coronado Bay Bridge,” which premiered at the bridge’s 40th-anniversary event sponsored by the City of Coronado, contains special features including extra interviews. The program recounts the history of the San Diego-Coronado Bay Bridge from the early days of the ferries to the controversy surrounding the bridge plans in the 1960s. The documentary contains archival footage of the bridge’s construction, an interview with the consulting architect, Robert Mosher, and a look at Chicano Park, a creative response to the bridge’s construction. Caltrans experts also explain the bridge’s intense maintenance program. Coronado Mayor Casey Tanaka and San Diego Mayor Jerry Sanders give insightful interviews as to the bridge’s impact on and importance to the region. CHA will host a Q&A following the film with Ms. Makovic along with Painter & Master Muralist Salvador Torres. 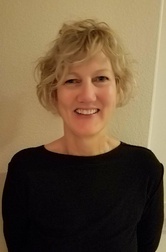 Patrice Makovic
Strong family ties to Coronado have, time and time again, drawn Patrice back to our community. Her mother and grandparents, the Beauchamp family, resided in Coronado for many years. During her childhood, Patrice became familiar with the charm of our city. After college, she moved to Italy where she and her husband, Arturo Sbicca, produced cultural and historical documentaries mostly pertaining to the small medieval town of Assisi. After living in Italy for 20 years they brought their family back to live in Coronado. They now spend their time commuting between the two cities always looking for an interesting story to tell.