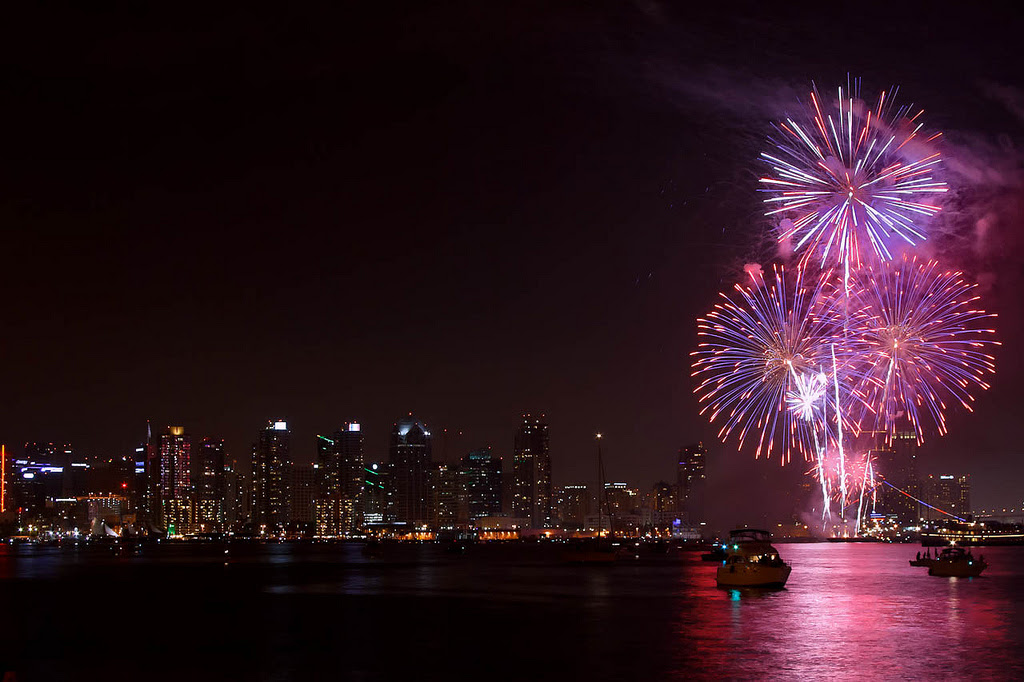 Starting at 9 p.m. on Thursday, July 4, 2019, some of the most technically advanced fireworks, in an array of shapes and colors, will launch simultaneously from four barges, providing a dancing display of patriotism. Choregraphed by fireworks artists, the approximately 20-minute show will be set to music broadcast live on these iHeartRadio stations: Star 94.1, Channel 93.3, JAM’N 95.7, 101.5 KGB, ROCK 105.3, NewsRadio 600 KOGO, and XTRA Sports 1360. For the best broadcast audio experience, listen on a radio to avoid the timing delay experienced when streaming via mobile phone. A live telecast of the show can be viewed on both FOX 5 (San Diego & Baja, Mexico) and KTLA (Los Angeles and Southern California region).

Ranked as one of the top Fourth of July events in the country, the Port of San Diego Big Bay Boom draws approximately 500,000 San Diegans and visitors from across the globe to enjoy this celebratory and captivating event on the dynamic San Diego Bay waterfront.

Additionally, popular public locations around and on San Diego Bay include Shelter Island, Harbor Island, Embarcadero Marina Parks North and South, Cesar Chavez Park and Coronado Ferry Landing. The Port encourages spectators to get to the waterfront very early as parking will be extremely limited and traffic will be heavy. Click here to view parking and shuttle details.